The buck passing continues in Greece 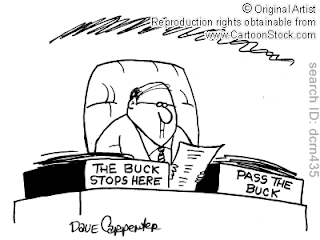 The political situation in Greece following Sunday’s elections is getting even messier. Following the failure of conservative New Democracy to even begin a serious discussion about forming a government (negotiations lasted all of six hours), the Radical Left (SYRIZA) yesterday also threw in the towel. The “dream” of a leftist Coalition government had failed, said SYRIZA’s leader Alexis Tsipras, but added that his party had nonetheless forced Europe to reconsider the Greek bailout package (perhaps a bit premature).

The buck has now been passed to socialist PASOK, the former governing party which slumped to third in the elections. PASOK leader Evangelos Venizelos said yesterday that he will ask Greek President Karolos Papoulias – who by now must be a seriously nervous man – to give him the go-ahead to start discussions with other parties in a last-ditch effort to try to form a government. If that fails, we’re definitely looking at fresh elections, probably in June. The prospects for PASOK succeeding are slim – to say the least.

So what’s going to happen? Frankly, heaven knows. As we have noted before, even fresh elections may not generate a stable government, though there’s a chance that those people who voted on smaller parties that didn’t get over the 3% threshold to enter the Greek parliament, may shift their votes to bigger parties. SYRIZA clearly remains the X-factor, and could potentially pick up more votes. The party has outlined a five point plan – including completely ripping up the bailout agreement – that is simply fundamentally incompatible with the position of the Germans and the IMF. The politics are immensely complicated, but if SYRIZA’s support is required for forming a government, then we’re basically looking at three potential outcomes:

Perhaps a path between the second and third options would be possible too – and given the stakes, not unlikely. In any case, it ain’t lookin’ good.