A bit of European political dynamite in the Queen’s Speech 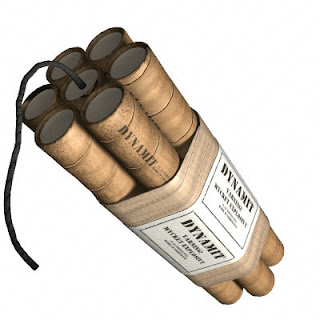 The Queen delivered her “Queen’s Speech” earlier today – which, for non-UK readers, isn’t her speech at all but rather the government’s, setting out its agenda for the forthcoming year (a rather odd ceremony but good opportunity to see Ken Clarke in a wig if nothing else).

For those interested in the ever-so-opaque EU dimension, the Queen said in passing:

“My Government will seek the approval of Parliament relating to the agreed financial stability mechanism within the euro area.”

“My Government will seek the approval of Parliament on the anticipated accession of Croatia to the European Union.”

The latter won’t be much of an issue – most MPs will play along as further enlargement rightly enjoys buy-in across the political spectrum.

The former is a different story. This relates to the EU treaty change dating back to December 2010, when the Germans managed to get agreement for tweaking the Lisbon’s Treaty Article 136 to allow the eurozone’s permanent bailout fund, the ESM, to be put on a more legally sound footing (at least that’s how Berlin sees it). This treaty change has now finally come up for UK ratification in Parliament. Before carrying on, just to clarify, this is not the EU treaty change that Cameron vetoed in December 2011, and which gave rise to the separate Fiscal Treaty.

The December 2010 agreement didn’t cause a whole lot of fuss at the time, and MPs gave their preliminary approval. Back then, Cameron had far greater control over both events and his own backbenchers. And the UK media was still waking up to the massive – and ongoing – continental political shift unleashed by the euro crisis.

2012 is a different matter altogether.

The ESM won’t actually impact on the UK itself, so the ‘referendum lock’ wouldn’t kick in. However, the treaty change that Cameron vetoed back in December wouldn’t actually have had a direct impact on the UK either – that veto was about getting guarantees that UK interests were protected as the eurozone integrates further, and the rules of the game are effectively changed.

Exactly the same logic could apply to the Treaty change to put the ESM on legal footing. Like the Fiscal Treaty, the ESM will lead to greater integration in the eurozone (indeed, the two go together – see here), so Tory MPs could use the same line of reasoning they did leading up to the December summit in calling for the UK to block the measure, in return for EU concessions. Remember, an EU treaty change is not a change at all until it has been ratified by all member states.

Will they? So far, there are no signs that this issue is fully on MPs’ radar and the UK government prays it will stay that way. But a lot of things to look out for:

Pretty messy – but then again, we’re talking eurozone politics and EU ‘law’. That one short line in the Queen’s Speech hides so many complications…