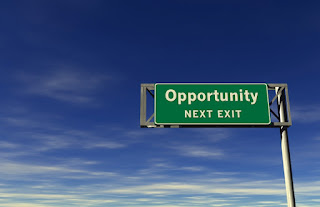 In an op-ed for today’s Telegraph, we argue:

“Viewed from London, the most interesting effect of François Hollande’s victory in Sunday’s French presidential elections may not be how it changes the UK’s relationship with France, or even how it could create tensions in the Franco-German axis. Rather, it is how it has the potential to strengthen ties between Berlin and London.”

“While the bickering between London and Paris will continue, Hollande simply rubs the Germans up the wrong way. His spending rhetoric is an outright challenge to German Chancellor Angela Merkel’s vision of a euro firmly grounded in Prussian budget discipline. Remember, this is a vision that has been presented as “non-negotiable” to the German electorate and which still draws support from a clear majority of voters there (only about one third of voters would prefer economic stimulus over austerity, even at home). Unsurprisingly, Hollande’s threat to veto the EU fiscal treaty – Merkel’s political cover for putting up German taxpayers’ cash – has caused dismay in Berlin and Frankfurt. As the German newspaper Die Welt put it: ‘The fiscal pact is the best thing Europe has. Now it has come to an end even before its introduction. If it continues like this, that’s the end of the eurozone.'”

There may be plenty of empty election rhetoric in Hollande’s promises to take on Germany, and the most likely outcome is that Merkel and Hollande reach a deal on the fiscal treaty that does not involve outright renegotiation but that allows him to save face, perhaps by adding a fiscal stimulus clause, loosely attached to the treaty. The two have too much to lose from an almighty row. [But] at the same time, though, the Germans know that politics in the EU balances on a knife edge.”

We go on to argue that,

“taken together, election results in 2012-13 could massively increase perceptions in Germany that either it is prepared – in the words of the German tabloid Bild – ‘to stand alone’ or accept being slowly but inexorably pushed into the arms of the spending- and inflation-prone Mediterranean bloc. Clearly, Germany wants neither. To escape this binary choice, it will need allies. And this is where Sunday’s election results really become interesting for Britain. With Berlin growing anxious, this is the perfect chance for No 10 to begin a concerted effort to lure Berlin in the direction of a more liberal, outward-looking Europe. Cameron won’t break the Franco-German axis – nor should he try to. But he could now create a lot of goodwill in Berlin by throwing his weight behind a Europe based on sound money and that lives within its means. As Merkel’s charm offensive following Cameron’s EU veto back in December illustrates, Berlin knows that it pushes Britain away at its own peril. Not only does it need the UK inside the EU tent to balance the less-disciplined southern bloc, London’s support will also be vital in upholding a rules-based system where goods and services can be traded across borders, as Europe goes through a highly unpredictable – and defensive – phase. A southern bloc led by Hollande may challenge austerity, but a northern bloc, containing the UK (if it can get its economy in order), the Scandinavians, and some of the new member states, would possess Europe’s economic fire power – and its Triple A ratings. Therefore, though it won’t be easy, the scope for a new bargain between London and Berlin – based on Britain needing new terms of EU engagement if it is to remain inside, and Germany needing the UK’s quiet support for a more economically sustainable euro – is possibly greater than ever.

So how should the UK respond? First, of course, get a working relationship going with Hollande – France remains a key partner and neither Britain nor Europe would be the same without it. Second, don’t give up on Spain and Italy – both governments contain plenty of good people who understand the need for structural reform. But in parallel, British EU diplomacy ought to be reoriented far more towards Berlin. Despite its importance, the UK far too often talks about the past or misunderstands Germany, as was made painfully obvious when Cameron thought he had Merkel’s support ahead of December’s EU council – a misunderstanding that triggered his veto.

A good place to start for the UK government would be to stop lecturing the Germans on the need for turning the eurozone into a debt union. Such lectures annoy Berlin in return for no apparent diplomatic benefit. What Britain can do, however, is set a good example by getting its own economy in order, while continuing to push for pro-growth and structural reforms at the EU level when this is within the UK’s mandate. And as Europe searches for cause and meaning, Britain can also set out an alternative vision for its place in the EU. While stressing the benefits of cross-border trade, such a vision should be based on the realisation that Britain cannot join the euro, and will therefore need a different – and looser – arrangement under EU law than euro members. This would provide a focal point for diplomatic relations with Germany in particular, but also other key allies that too often are left perplexed as to what Britain actually wants in Europe.”

We conclude – in a nod to those commentators who claim that Hollande’s victory ‘isolated’ Cameron (whatever the event in Europe, the outcome is always that Cameron is isolated, have you noticed?):

“If Cameron can pull that off and cultivate relations with Berlin, Hollande’s victory – far from isolating the Prime Minister – may just have strengthened his hand.”