Sneaking in on the Franco-German axis (without lecturing)

La Repubblica yesterday claimed that Italian PM Mario Monti sees opportunity in a Francois Hollande victory in the French Presidential elections. The opportunity lies not so much in Paris as in Berlin.

Monti reportedly thinks a Hollande victory would weaken French ties with Germany, over issues such as the role of ECB, the fiscal treaty and government spending. Berlin will look for allies, so the logic goes, which presents a chance for Rome to “sneak in”. La Repubblica’s interpretation is that Monti wants to “replace” Sarkozy – or at least the role Sarkozy currently plays in the Franco-German axis.

All highly speculative of course, but an interesting prospect, which should serve to stimulate thought in London as well, i.e. could an Hollande victory help strengthen the London-Berlin link? Possibly. But, as we argue over on the Telegraph blogs, for this to happen, London needs to sharpen its diplomatic tone and posture – which includes avoiding lecturing the Germans on what needs to happen with the euro. Though we share his frustration with the euro crisis, David Cameron again came close to doing this on the BBC’s Andrew Marr show on Sunday. 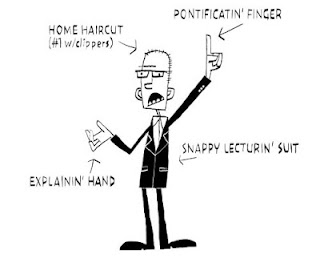 We argue “the reality is also that the UK has very limited influence over events and decisions in the Eurozone. This is why lecturing eurozone leaders is at best pointless, and at worst outright counterproductive.”

“Given its limited clout in euro politics, what the UK says is unlikely to sway German Chancellor Angela Merkel in one direction or the other. In other words, it creates frustration in Berlin in return for no clear diplomatic benefit. Talk of large-scale ECB intervention or debt pooling goes against not only promises that were made to the German electorate when the single currency was forged, but also against the very corner-stone of the German economic model: sound money. With such lecturing, can the UK then complain when the Germans show limited willingness to understand the need for a vibrant financial services industry, an integral part of the UK’s modern commercial identity?

It’s particularly bad politics as the UK now has an opportunity to strengthen ties with Germany. Francois Hollande – a Keynesian who wants to spend his way out of the crisis (which may be more talk than action) – looks set to win the French presidential election. Cameron won’t break the Franco-German axis – nor should he try to. But he could create a lot of good will in Berlin by throwing his weight behind a Europe based on sound money and living within one’s means, not least by taking strong action at home, while making the case for supply-side reforms where appropriate. Whether you like it or not, German buy-in is essential if Britain wants to achieve a new and sustainable relationship with the rest of Europe. It would be silly to let loose talk undermine a new Anglo-German deal.  Leave the Keynesian lecturing to Ed Balls.”