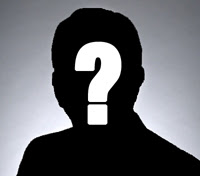 Here’s a game for you. Guess who said the following:

“We can’t leave the management of migratory flows only to the technocrats and the courts. We need a common discipline for border controls. It must be possible to sanction, suspend or expel from [the EU’s border-free area] a non-compliant country.”

“Only firms which produce in Europe will benefit from Europe’s public money.”

“[We] don’t want a ‘colander Europe’ anymore. This is the message I’ve heard. A Europe that doesn’t control migratory flows is finished.”

“I propose that, if we have not obtained reciprocity with our biggest [trade] partners at the European level within one year, we apply the following rule unilaterally: We will reserve all our public markets.”

Pretty tough stuff. So who is it? Someone from the UK Independence Party? An activist form the (True) Finns? An MEP from Lega Nord? A eurosceptic socialist?

All wrong. It’s Nicolas Sarkozy (in his efforts to fish in Le Pen waters).

But no one would dare call him ‘anti-European’ of course…