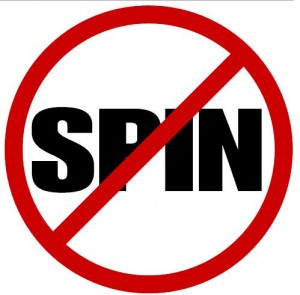 The European Commission has its own dedicated “myth buster” which aims to explain to the masses and media how terrific the EU budget is, and that all claims to the contrary are “euro myths”. Despite making some fair points, overall the list is generally silly and counterproductive. For example, it claims that an EU subsidy to a dog fitness centre in Hungary (that never was built) is a “myth”, as the money was since paid back.  However, it fails to acknowledge that the dog centre was only forced to pay back the EU subsidies once Open Europe and others brought the sorry episode to the attention of international media. The Commission was blissfully unaware at the time we highlighted the example, and showed little interest in investigating the case (even claiming that the finding wasn’t “serious”). To then come back and present it as a “myth” is laughable (for exactly how laughable, see here).

It illustrates how the Commission likes to take the moral high ground on facts and figures, but often itself engages in spinning exercises that would make Malcolm Tucker proud.

Its presentation for its proposal for the 2013 EU budget, which includes a 6.8% increase in spending, is a case in point. In fact, it was so full of dodgy figures that we felt it was in need of a serious fact-check. So this morning we published one. Here goes (the full fact-check note is available here):

1. IS THE EU REALLY CUTTING STAFF?

The claim: “[The Commission is] cutting its staff by 1%, the first step towards the goal of a 5% reduction of staff in 5 years”.

The claim: “[The budget] also freezes the Commission’s administrative budget at well below inflation level…The vast majority of people across the EU feel the daily pain of the crisis as their national, regional and local governments have to make cuts, therefore a ‘business as usual’ attitude from the EU institutions is simply not acceptable.”

The reality: Overall EU administration spending to increase by 3.2%.

3. DO THE OTHER EU INSTITUTIONS REALLY SAVE “WHEREVER POSSIBLE”?

The claim: “[The draft budget] includes a strong emphasis on savings and cost efficiency…pressure was exerted on every EU institution and agency to seek savings wherever possible. Most EU agencies will actually see a real cut in their annual budget.”

4. WILL THE INCREASED SPENDING REALLY PROMOTE JOBS AND GROWTH?

The claim: “€62.5 billion in payments are devoted to job friendly growth in Europe”.

The reality: As several studies have concluded, the EU’s jobs and growth programmes are inefficient and their overall impact is inconclusive, while too much money is still wasted on farm subsidies to landowners with no link to any meaningful economic activity.

5. DOES THE COMMISSION REALLY HAVE NO CHOICE BUT TO INCREASE SPENDING?

The claim: “The EU budget must meet its contractual obligations of current and previous years vis-à-vis the Member States and other recipients.”

The reality: Yes the Commission is legally obliged to make certain payments based on previous years’ commitments. However, both national governments and households also have to pay bills at the end of the month or year. The Commission must likewise learn how to prioritise and find savings if there is not enough money in the pot (the last two years have produced surpluses in the EU budget).

So as austerity sweeps Europe, is this a serious budget proposal? You decide….