How real is Hollande’s veto threat? 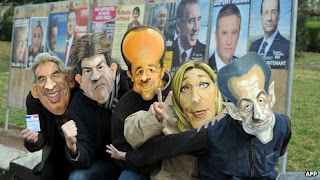 As has been widely reported, Francois Hollande – the socialist contender for the French Presidency – gave a major speech yesterday. Unsurprisingly, there were a few points thrown in that won’t go down particularly well in Berlin or Frankfurt. Perhaps most interestingly, in reply to a journalist’s question on the EU fiscal treaty, Hollande answered,

“Ireland is about to have a referendum on the treaty, we are not sure what the result will be. We are all aware that Ireland is capable of saying no. So there will be some form of renegotiation. Will the treaty be modified? I hope so. Will another treaty be drafted? That’s part of negotiation. But the treaty in its current state will not be ratified by France”.

“[I am] not in favour of a constitutional golden rule. I’ve been saying it for months. So there will not be any changes to the French Constitution on this issue. However, if I am the next President, and the Parliament is in favour of this, there will be an organic law which will enable our budget to be rebalanced by 2017.”

In addition he tried to claim that the calls from ECB President Mario Draghi for a “growth pact” were in support of his own policy:

“The President of the ECB …has just said that the fiscal compact should be complemented by a growth pact. He even added that it would be useful to go back and prioritise education, research and big infrastructure. The ECB president will be useful to support growth through an interest rate policy. But he also adds support to… my announcement”

This is hardly how the matter was viewed in Berlin, where, in a veiled criticism of Hollande, Merkel said that “We need growth in the form of sustainable initiatives, not simply economic stimulus programmes that just increase government debt.” This morning, Hollande also acknowledged on France Info that he didn’t share the same “conception of growth” as Draghi, noting, “he calls for greater competitiveness, liberalisation and privatisation”.

Yesterday, Hollande also laid out the content of his growth clause:

“The day after the second round, I will address a memorandum to all the European leaders and their governments on the renegotiation of the treaty. The letter will include four points. First, the creation of Eurobonds, not to mutualise debt, but to finance industrial infrastructure projects the size of which will be determined by the states. The second point will be to further liberalise the European Investment Bank’s financing opportunities, to enable a certain number of big projects already known to the bank to be financed. The third point will be the creation of a financial transactions tax, which will be determined by the states, and which will be set at a level to enable Europe to finance further development projects. Finally the fourth point will be to mobilise all the European structure fund leftovers, which are currently not being used, to finance States’ projects and help businesses.”

Of these four points, the creation of “eurobonds”, which seems to build on the Commission’s idea of ‘project bonds’ is by far the most interesting. The FTT proposal appears to be a rehash of Sarkozy’s idea. It currently remains unclear whether Hollande would introduce it unilaterally, as Sarkozy is, when he encounters inevitable opposition from some EU member states. Nor is it clear at what rate he would set the tax, and which sectors he would target. Sarkozy’s own version has been watered down since he made his pledge in December. Hollande’s proposal for the use of unspent structural funds is hardly groundbreaking or exciting policy making. Nor does it necessarily help EU growth, as we have shown before.

The question now is whether Hollande will make agreement on these four policies a prerequisite for French ratification of the fiscal treaty. Of these four policies, eurobonds or ‘project bonds’ are supported by the Commission but could be difficult to get through national capitals, the FTT just won’t happen at the EU-level while the two others are insufficiently interesting to warrant the renegotiation of a treaty (use of structural funds and EIB financing).  Our guess is that Hollande knows that his pledge to renegotiate the treaty comes at too great a political cost, and that he will settle for some mild language on these four areas in return for ratifying it.

Regardless, what France and Europe need now is to reassure the markets, and proceed with long-term reforms, rather than stillborn policies or palliatives to pre-existing problems.