From the horse’s mouth: How the EU’s Charter of Fundamental Rights WAS to blame for higher insurance prices 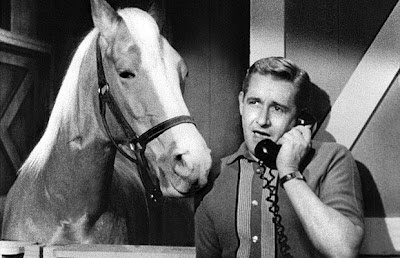 Over a year ago now, the ECJ ruled that, from December 2012, insurers can no longer offer different products and prices to men and women based on their sex, since it would constitute discrimination. We estimated that a 17 year old female driver will have to pay an extra £4,300 in insurance premiums by the time she is 26 as a consequence of the ruling.

But, aside from the practical cost and barmy nature of the ruling itself (given that, for example, evidence suggests that, on average, female and male drivers present different degrees of risk), we pointed to a more fundamental issue of democracy.

This concerned the Court’s reference to the EU’s Charter of Fundamental Rights in its ruling, principally that the insurance industry’s derogation from the Gender Directive was incompatible with both the spirit of the Directive itself AND Articles 21 (non-discrimination) and 23 (equality between men and women) of the Charter.

We noted that this was significant because the UK’s protocol on the Charter secured in the Lisbon Treaty negotiations (which the previous government claimed was an opt-out) was one of the reasons cited by the same government for not giving people a referendum on Lisbon (the protocol was later downgraded to a ‘clarification’).

This led to an exchange of views with the Economist’s Bagehot, over whether the ruling had in fact tested the application of the Charter to the UK.

Well, today the European Commission put out this press release on your fundamental rights, safeguarded by said Charter, which states,

“…the Charter increasingly helps to shape decisions by the courts. In 2011, the number of rulings quoting fundamental rights laid down in the Charter rose by 50% at both EU and national level. One such landmark ruling by the EU’s Court of Justice stressed the right of asylum seekers to protection from inhuman or degrading treatment when clarifying EU rules for determining which country should deal with an asylum application (MEMO/11/942). The decision effectively banned transfers of asylum seekers to countries where inadequate conditions would compromise their fundamental rights. In March 2011, the Court ruled in the Test-Achats case that different premiums for men and women constitute sex discrimination (MEMO/11/123)…”

This ruling, and the ruling on Greece’s treatment of asylum seekers referred to in the above quote, confirm that the ECJ’s interpretation of the Charter can have a major impact on the UK and is a reminder of the creeping nature of EU law, which tends to undermine national democratic settlements. Ask the Commission about this, and they will tell you that the Charter doesn’t constitute the “primary” or “most substantive point” in the insurance ruling, so the UK’s protocol on the Charter remains untested (if the Commission said otherwise, there would be an almighty legal row with the UK). How ridiculous this line of reasoning is ought to be obvious from reading the Commission’s press release, which celebrates the Charter’s impact in the same ruling.

P.S. to avoid any confusion, the Charter can only be applied when the UK implements EU law and the Charter has no relevance to purely national law. However, as the insurance ruling made clear, this is often no consolation, since so many areas are now affected by EU legislation.