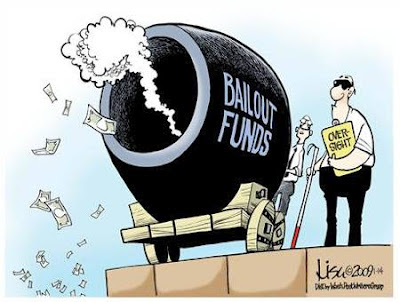 Update – 12:10: Eurozone finance ministers have already reached an agreement and put out a statement. It’s pretty much exactly as we expected, with all assigned funds being rolled into the headline lending volume to give the €800bn.

The fact remains though that, even combined, the funds will not be able to introduce more than €500bn in fresh lending. This was the aim all along. In fact, all eurozone finance ministers have done is correct a previous mistake which would have limited the combined lending capacity to €300bn (as originally the treaty essentially specified that only €500bn in loans could be outstanding at any one time). There should be no illusions that this changes almost nothing (we expect not even the markets which have been reacting to every piece of news will be moved much by this). One thing is for certain though this is a clear win for Germany.

Eurozone finance ministers are meeting today, in what looks to be the most chilled get-together of this group in recent time. They’re set to sign off on an agreement that will see the combination of the eurozone’s temporary and permanent bailout funds, the EFSF and ESM. On paper, the funds have the potential to produce a combined firewall of €940bn. Still far too little if Italy and Spain went, but an impressive sum nonetheless. That is, on paper. In reality they won’t even come close to this.

In an interview with Bild this morning, German Finance Minister Wolfgang Schauble said he didn’t want to “unnerve markets with numbers”, but in a speech in Copenhagen he did just that, saying,

“We have 500 billion euros in fresh money available, together with the programs already agreed for Ireland, Portugal and the new program for Greece. It is about 800 billion (euros). I think it’s enough.”

Apparently, Schauble reached this number by adding €500bn from the ESM, €200bn from the EFSF, €56bn in bilateral loans to Greece and €60 billion from the third bailout fund, the European Financial Stability Mechanism (EFSM) – which is underwritten by all 27 member states via the EU budget. But much of this cash has already been spent, i.e. the EFSM only has €11bn left, and some of the other money can’t actually be lent out. In addition, the remaining €240bn in unused EFSF capacity will be held back for ‘exceptional circumstances’ until mid-2013.

As we’ve been reminded of time and again, the only thing that matters is effective lending capacity. The real amount of cash that is still available to back stop struggling states, should it come to that, is only around €500bn. Here’s the lending capacity math (courtesy of some excellent analysis by the WSJ):

(There is one caveat to these figures, in that the eurozone could decide to speed up the paying in of ESM capital if the funds were needed. However, this would likely face significant opposition from the likes of Germany and Finland, and is therefore most certainly a last resort).

“The bailout fund is a bit like the nuclear weapon in the military domain…It is not intended to be used but to act as a deterrent.”

The problem here is that if it’s too big and terrible to ever be used, it’s likely that it won’t ever be used. Even jittery markets will be able to figure out that a large fund which would damage French and German credit ratings if ever extended will never be fully tapped. So clearly some circular logic at play. And let’s not forget that it’s still far too small to save Italy and Spain should if worse come to worse.