Is this party over? 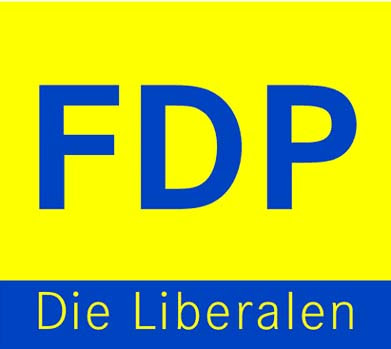 Yesterday’s elections in the German region of Saarland saw a somewhat unexpected surge for Angela Merkel’s CDU party, which won 35.2% of the votes, ahead of the Social Democrats (SPD) on 30.6% and the far-left Die Linke on 16.1%.

As Torsten Krauel comments in Die Welt, despite expectations of an SPD victory, “The CDU held its own. Angela Merkel will appreciate this when it comes to the formulation of further conceivable eurozone rescue packages”.

But perhaps equally significantly, Merkel’s junior coalition partner at the national level, the FDP, won only 1.2% of votes – a massive drop of 8% compared with the previous elections. In fact, the FDP only just beat the neo-Nazi NPD party by 267 votes.

This also means that in all the regional elections that have taken place over the last two years, the FDP has only managed to get re-elected its heartland of Baden-Württemberg, and even then they just about scraped in with 5.3% of the vote. Despite its history as a party of government (it has often played the role of kingmaker for either the SPD or CDU/CSU), it is literally being wiped off the map, having completely failed to re-invent itself.

As the party stares into the abyss, former party leader and one-time golden boy of German politics Guido Westerwelle (in our view increasingly marginalised as Foreign Minister) organises conferences looking at the prospects for fundamentally re-shaping the EU’s constitutional architecture after the crisis, which although undeniably important in the longer term, can hardly be deemed to be a priority for voters concerned about the ‘here-and-now’ of the eurozone crisis and Germany’s role in the bailouts.

Meanwhile, Germany’s young and swinging Pirate Party, which has been critical of the bailouts, came fourth with 7.4%, meaning it has secured seats in Saarland’s regional parliament for the first time. It also won seats in last year’s regional election in Berlin and looks competitive in polls ahead of the impending elections in Nordrhein-Westfalen, Germany’s most populous state. The Pirates are also contributing to a wider cultural change in German politics, for example pushing mainstream politicians to become more social media-savy, e.g. by joining Twitter, which the Pirates have utilised to great effect.

So as the FDP’s star wanes (or more accurately comes crashing down to earth), the Pirates are definitely the ones to keep an eye on…