Have the Germans been good Europeans this week? 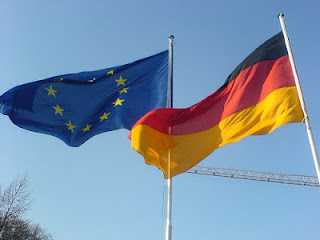 Earlier this week, German Foreign Minister Guido Westerwelle held a meeting with a number of his European counterparts dedicated to ‘conceptualising’ the political composition of Europe after the crisis has passed and provide some though leadership.

Ahead of the meeting, the German Foreign Ministry released a Communication entitled “Explaining Europe, Discussing Europe”, which put Germany’s EU policy into ideological context, including statements like:

“Our country is prospering in the united Europe. The fact that we have closer ties with our European neighbours today than ever before is a tremendous enrichment for us… Europe is the definitive answer to ‘the German question’. That is why we bear a particular responsibility for ensuring that European integration is carried forward with our neighbours in France, Poland and the other member states.”

To what extent Westerwelle’s initiative enjoyed support from across the German Coalition government, including the Chancellery, as well as the Bundestag and the German public as a whole, is an open question.

However, as we have pointed out on numerous occasions, the above rhetoric is a reflection of Germany’s ideological commitment to European co-operation in the post-war era. However, modern Germany also has a number of other important ideological foundations such as a commitment to low inflation and restrained monetary policy, a strong system of political checks and balances via the Basic Law, and a strong tradition of individual rights and liberties. The realities of EU integration often clash with these other key principles, as a number of stories from Germany this week have served to illustrate. We will briefly cover these in turn:

1. The size of the Eurozone bailouts

While opposition to the bailouts is hardly a new development in Germany, we learnt this week that the German government looks to have finally dropped its opposition to running the eurozone’s two bailout funds, the temporary EFSF and the permanent replacement ESM in parallel, or possibly even combining them. The government decided its position had led to Germany being isolated within Europe, however as Handelsblatt reports, many MPs within the Coalition are unhappy and could rebel on the issue.

This has always been the subject of a long-running dispute between the EU and Germany after Germany’s Constitutional Court (often an inconvenient truth for EU laws) ruled that the Directive was incompatible with the Basic Law. Consequently, the government repealed the legislation but has not to date put forward a replacement, meaning it is in breach of EU Law. Germany has failed to heed the Commission’s reprimand back in October, and this week EU Home Affairs Commissioner Cecilia Malmstrom (whose native Sweden has so far also failed to transpose the Directive into national law) insisted that Germany issues a commitment to doing so within the next four weeks. The Directive is very unpopular in Germany, as yesterday’s Süddeutsche comment cartoon shows: 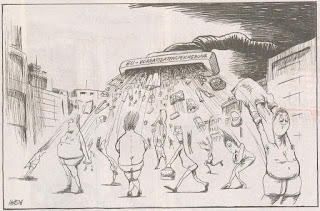 Another long-standing dispute between the EU and Germany concerns the so-called VW law, under which the state government of Lower Saxony controls a blocking minority of 20% of Volkswagen shares. The EU has long contested that the law illegally restricts the flow of capital in Europe, but despite being amended in 2008 following an ECJ ruling, the Commission announced this week that it would again seek to challenge it prompting German Economy Minister Philipp Rösler to say that the government stands by the law and intends to “aggressively defend” it.

4. Revision of the Posted Workers’ Directive

Another story in the German press this week argued that the Commission’s revision of the Posted Workers’ Directive could make it far harder for member states to crack down on black market labour, clearly a big issue in Germany’s large construction sector. An editorial in Die Welt argued:

“Brussels should not regulate every aspect of life to the smallest detail…member states constantly get the feeling that the democratically barely legitimised EU commission interferes in things which are none of its business, and, what is worse, their interventions only make things worse.”

As the four examples illustrate, when rhetoric clashes with realities of EU integration, Germans are often very keen to defend their own way of doing things – just like all other member states…