Has Osborne taken a crash course in Portuguese accounting? 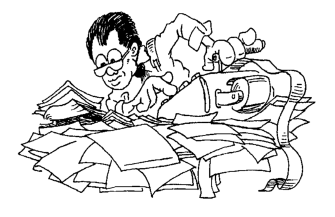 Has the Treasury been taking some accounting tips from Portugal? One would hope not given Lisbon’s current predicament.

But an interesting story has surfaced ahead of the UK government’s budget announcement. Apparently, the UK government is taking over the Royal Mail pension funds, transferring its assets and liabilities onto the government balance sheet.

Now, we don’t have a dog in this fight, but there’s an interesting EU angle here, which we suspect few people have spotted. In fact, the episode instantly reminded us of the situation we have seen in Portugal over the past two years, where one off transfers from pension funds have allowed the government to meet its deficit targets (see here and here). Essentially, the assets move onto the government’s balance sheet and can be sold to raise money (or just held for accounting purposes). However, the liabilities which are ‘contingent’, since they fall well into the future, do not appear in the standard calculations of government debt. This means that, magically, public finances get a sudden boost (allowing the government to increase spending or cut the deficit further). Unfortunately, the downside for taxpayers is that they will now be liable for these future pension pay-outs. As ever, there’s no such thing as a free lunch.

Not exactly good accounting, and, as others have pointed out, something which no EU government would let a private company get away with.

This isn’t a huge deal, but it’s interesting that the IMF and the EU team – and therefore indirectly the UK – which bailed out Portugal, didn’t seem all too happy with Portugal for taking such unusual one-off measures. The latest EU/IMF/ECB troika report notes that such measures do not constitute part of the “structural consolidation” and should be seen as exceptional.

To be fair to the government, it hasn’t yet said how this money will be used. It will be interesting to see if it goes towards meeting deficit targets, funding a tax cut or any other budget adjustments. One thing to keep in mind though is that this is a one-off boost, if its used to cover a permanent cut in revenue or increase in expenditure there will be a new hole to fill in the budget next year.

In any case, since Portugal is likely to need a second bailout as some point soon, we hope that this isn’t a bad omen for the UK economy…