Shooting yourself in the foot 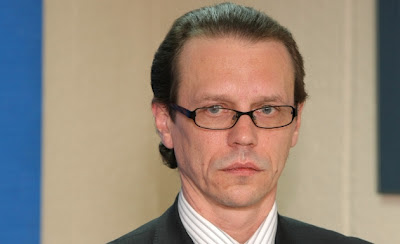 At risk of sleep walking into a proposal for an EU financial transaction tax, the UK Treasury is now receiving some well-needed, and wholly unintentional, diplomatic help from Algirdas Šemeta, the European Commissioner for Taxation.

Mr. Šemeta took to the European comment pages over the weekend, trying to convince those countries that remain opposed to the FTT to come to their senses – literally. Calling for a debate based on “common sense and facts”, he claimed that the evidence in the Commission’s own impact assessment had been mis-used by those who oppose an FTT. A spokesperson for Mr. Šemeta said they now intend to “fine-tune the economic analysis”, presumably to put an end to the outrageous practice of using the Commission’s own economic evidence as evidence when considering the desirability of a proposal.

In any case, amongst other countries, Mr. Šemeta seems to have targeted Sweden – a country which actually had a go at implementing a financial transaction tax in the late eighties (with pretty disastrous consequences). In an article in yesterday’s Svenska Dagbladet, he argued, “The Commission understands the Swedish hesitation, given the experiences the Swedes have had with an FTT. But we want to ensure that the Swedish experiences have been taken into account when we formulated the proposal.”

This didn’t quite have the desired effect.

A leader in today’s Swedish daily Sydsvenska Dagbladet – hardly a eurosceptic publication – carried the headline ”The Commission is too cocky”. Here goes:

“Šemeta starts by requesting a debate based on ‘common sense and fact’. Then he discards those who have questioned the proposed transaction tax, saying that ‘they either haven’t read the Commission’s proposal or haven’t understood it’. The Swedish National Debt Office, which in its opinion for the [Swedish] Finance Department labelled the proposal ‘exceptionally poorly thought through’?…Finance Minister Anders Borg has read but not understood – or perhaps not even read? [He doesn’t] get the facts? Or lacks common sense?”

“One rationale [behind the tax] which the Commission has referred to, is that there are currently around ten countries that have some sort of tax on financial transactions. This is not good, thinks the Commission, as it distorts the competition on the internal market. But why wouldn’t the tax proposed by the Commission have similar distorting effects, albeit on a different level? There is high probability that businesses will move to different countries.”

The paper then gives it both barrels,

“Šemetas intervention shows that the EU-commission has a serious communications problem which seems to stem from an even more serious attitude problem. A slightly more humble approach wouldn’t hurt from an institution that lacks a popular mandate. In particular considering the tricky situation that the EU is currently in, or rather, has put itself in.”

Similarly, Karl Sigfrid, Swedish MP for the governing party Moderaterna, takes Šemetas to task in a reply in Svenska Dagbladet,

“Šemeta wants to kill off three alleged myths, the first being that a financial transaction tax would give us fewer jobs and lower growth. The interesting thing about this myth is that it’s from the EU Commission’s own analysis, which says that the reduced productivity resulting from the EU-tax is just as large as the income generated from the tax, and probably even greater.”

“The article by the Tax Commissioner hints that if we only get an EU tax, indebted countries will not need to consolidate their budgets to any greater extent. Instead of trying to sell us miracle cures, it would be better if the Commission emphasised the importance of work and responsibility.”