How much change is there down the back of the structural funds sofa and what can it be used for? 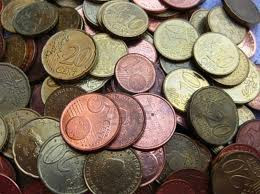 A recent Franco-German paper (leaked to EurActiv and others) outlined a set of proposals on how to achieve a better balance between austerity and pro-growth measures in tackling the eurozone crisis. One suggestion was:

“the establishment of a fund for growth and competitiveness in programme countries and other countries facing serious structural challenges should be considered. At this stage, this fund should pool a certain amount [25%] of the 2011 automatic decommitments of these Member States from the Structural and Cohesion Funds”

Decommitments refers to money that has been allocated to a member state from the structural and cohesion funds (SCF) and not spent two years after the year in which it was allocated.

Unsurprisingly many EU politicians were very excited about a potential fresh pot of money to pump into lagging economies, with Merkel stressing there was “a lot of money” in the structural funds, while Spain’s Europe Minister, Íñigo Méndez de Vigo, speculated the amount could be up to €100bn (although it is not clear if he was referring just to the SCF or other EU funds as well – the EU has a lot of different, overlapping funding instruments). Rumour has it this idea will be further discussed at today’s EU leaders’ summit.

However, EU Commissioner for Regional policy, Johannes Hahn, popped up on Friday with an interview in Süddeutsche to puncture this particular balloon, describing the plan as “unrealistic”, and claiming that the total value of funds unused in 2010 and 2011 only amounted to €30m.

Hahn said that about three-quarters of the total €350bn value of the SCF over the current 2007-13 budgetary framework had been allocated to projects, meaning:

“This leaves 25%, and there is always the misconception that the money was not used. But it is used. It is budgeted, which means that it has been assigned to individual countries, but not yet mapped to specific projects.”

There is a huge difference between €30m and €100bn – so clearly there is a lot of ambiguity as to what portion of the funds is theoretically still available. Quite possibly the Frano-German paper treated funds allocated to countries but not projects as ‘unused’ – something Hahn clearly disputes.

However, irrespective of how much extra funding could be found from this source, as shown in our recent report on EU regional policy (which we hope Mr. Hahn will find the time to read), and as we have argued previously, the nature of the funds means that they are simply wholly unequipped to serve as a backstop in a debt and solvency crisis.

We argued that countries such as Greece, Spain and Italy (all with a national income over 90% of the EU average) should no longer be eligible for SCF, as their record in these countries was at best inconclusive, while their pro-cyclical nature may even have exacerbated the credit bubble. Our report argued that a new fund could, in theory, avoid the many faults built into the structural funds (see section 2 of the report for a detailed cost/benefit analysis) and prove to be a huge benefit to countries such as Greece, Spain and Italy in bouncing back from the eurozone crisis; for instance by better targeting labour market mobility and re-skilling significant sections of the labour force.

However, this would have instead of, and not an aside to, the existing SCF framework. This could feasibly only be achieved in the next long term budget, as allocations for every country up until 2013 have already been agreed. As Hahn pointed out in the interview, channelling money from the SCF to a new purpose-built fund will require the agreement of member states (and the European Parliament). Given how territorial member states are over payments from the EU budget, it is far from certain they would agree to something which would fundamentally alter the balance of their payments and receipts.

Either way, given the fundamental structural failings in the eurozone, this looks like yet another classic example of eurozone leaders tinkering around the edges of the problem…