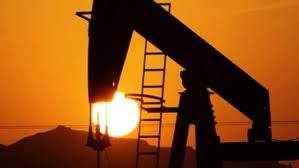 On Monday Brussels announced an EU-wide ban on oil contracts between Iran and member states. The hope is that these sanctions will choke the Islamic republic’s finances, and prevent its nuclear programme from progressing further. However, as with countless other EU foreign policy objectives, the goals look to have been undermined by the lack of consensus between EU member states.

Diplomats admitted that negotiating the embargo had been difficult. Quite an understatement given that the enforcement of the embargo has been delayed six months just to ensure that an agreement could be met. The key dispute comes from the fact that Greece, Italy and Spain are far more dependent on Iranian exports than their Northern neighbours. Greece imports up to a third of its oil from the Islamic state, with which it has negotiated a favourable rate. Italy and Spain buy 10% of their oil from Iran.

Forcing these countries to source such a large percentage of their oil from another producer in such a short time frame will undoubtedly put additional costs on their economies (not to mention the potential for higher prices which we discuss below). This seems slightly counterproductive to say the least when they are already struggling to stay afloat in the storm of the eurozone crisis. Not that you can abandon all policy goals on the basis of economics, but it highlights the breadth of impact which the eurozone crisis will continue to have until a lasting solution is found.

That said, fears of an impending energy crisis are alarmist. For one, Saudi Arabia has assured European governments that it will increase its production capacity to replace Iranian imports, which represent a fairly small share of overall EU oil consumption. Gaps in supply can also be met by Libya, which is set to boost exports after a year in remission.

A massive price hike is also unlikely, with refineries taking the hit more than consumers. Providing it does not switch to other Middle Easter suppliers, China will become the biggest consumer of Iranian oil, creating a monopsony through which it can drive down prices. Iran has shown itself willing to sell oil under the market price during previous embargoes. An interesting side effect then is that China could end up benefitting most from this ban by sucking up the excess Iranian supply at low prices. Not the EU’s fault, but it seems to undermine any prospect of the embargo having a huge financial impact on Iran.

Will Europe’s energy future be unaffected then?

– First, Iran must not blockade the Strait of Hormuz, through which Europe accesses Saudi oil. This seems unlikely since doing so would likely cause a full scale military conflict as the US has vowed to defend EU cargoes.
– Second, Iran must not throw a spanner in the works by cutting off oil supply immediately (something which Europe could not cope with as the delayed start of the embargo shows).

Will any of this bring Iran ‘back to the table’?

As EU High Representative on Foreign Affairs Catherine Ashton outlined, the aim is to “bring Iran back to the table”. It’s not clear this will be the case – Iran has survived previous embargoes, some of which have even hardened support for the regime. Without China and India joining the embargo (highly unlikely) Iran may not feel much of a squeeze. Even if they did, oil prices would skyrocket creating even more problems for the eurozone.

All in all then, this embargo has been a bit of a mess. Whether or not the aims are valid, it has once again highlighted the disparities in foreign policy goals within the EU, and therefore the limits of a combined foreign policy. It also brings home that, despite its size, the EU’s power is to some extent dwarfed by that of China and the US. Ultimately, their decisions will make or break this embargo, not the EU’s.