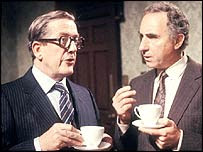 The Coalition has itself admitted that “lessons need to be learnt”. We would agree.

Open Europe has today published a new briefing setting out the ten lessons that should be learnt from David Cameron’s ‘veto’ of a proposed EU Treaty change at the summit of 8-9 December.

By accident or design, the UK Government has set down a marker for future negotiations. It is prepared to use the veto. It remains unclear what theconsequences of this initial veto will be. However, as moremember states show their reluctance to sign up to the new Franco-German-eurozone deal in its entirety, the initial dramatic portrayal of an isolated Britain was clearly premature.

Though Cameron left the negotiating table without any of his demands being met – which clearly wasn’t ideal – the broadly positive public reaction to Cameron’s veto should give him the confidence to set out what the UK wants from its relationship with Europe. But to make this vision a reality, it is vital that the UK uses the experience of this month’s summit to learn the lessons needed for future EU negotiations. Here they are:

Lesson 1: Get in early
The Government was far too slow to react to the prospect of a series of EU Treaty changes to bolster the eurozone. The Government gave the impression that it left its requests to the last minute despite having over a year to prepare. The Coalition needs to start thinking now about not only the next potential opportunity but the one after that.

Lesson 2: If you fail to prepare, you prepare to fail
The UK failed to prepare potential allies and crucially failed tocorrectly gauge the likely reaction of German Chancellor Angela Merkel. There was clearly a breakdown in communication and understanding leading up to the summit with no time being given to explain the UK’s requests. The UK needs to improve its preparation for negotiations using all the resources available to it.

Lesson 3: Communicate intelligently and to persuade
The Coalition needs to set out a coherent narrative prior to summits in an easily understandable form. The UK was secretive and this made it easy for others to portray the UK’s requests as ‘special pleading’ for the City of London when in fact the UK was also seeking for the right to impose stricter regulation on banks than the EU standard. The UK should have emphasised its desire to protect the Single Market and the UK taxpayer.

Lesson 4: Listen and understand what the other side is thinking
There was clearly a failure to understand the changing mood in Berlin. Next time the UK will need to have a more intelligent method of understanding the thinking of key decision makers as well as natural allies so it can pitch its requests at the appropriate level and in the appropriate manner.

Lesson 5: Tailor your demands to the nature of the negotiations
The UK needs to ask for the right things at the right time. The UK’s requests at the summit were modest but some of the very technical demands were not appropriate for a discussion on EU Treaty change.

Lesson 6: Have a clear view of your own long-term interests
It is evident that the UK has for a long time failed to articulate a strategicplan to further its interests in the EU. The UK must develop a long termstrategy based on the realisation that it will not join the euro but that othereuro states might well seek to work more closely together.

Lesson 7: Don’t expend unnecessary political capital on lecturing others
The UK wasted a lot of goodwill and political capital lecturing EU leaderson how to solve the eurocrisis in the run up to the summit. As the UK was not going to contribute to a plan to ‘save the euro’, this advice was not welcome and merely wasted political goodwill. In particular, the UK’s public support for greater ECB intervention was always likely to antagonise Germany. The UK needs to do better at prioritising when to use its political capital andunderstand the sensitivities of other countries.

Lesson 8: Attempt to achieve a united front across the political parties
The UK political class, more than in any other EU state, uses the EU as a party political football. This creates a polarised debate at home and ties the hands of UK politicians abroad. The UK should do more to engage its MEPs and its staff in the EU institutions with a national strategy based around the UK’s strategic interests.

Lesson 10: The Treasury and FCO are on the same side
The key UK institutional relationship in the negotiations was between the FCO and the Treasury. It is clear that this relationship broke down. This needs to be repaired so that all parts of the Government are signed up to the same strategy. The Treasury also needs to learn to engage with and better understandthe mechanics of the EU.