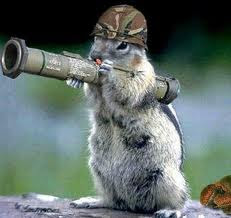 This morning saw the first allotment of the new unlimited three year ECB loans – the much hyped mechanism that some hope will solve the eurozone crisis by actually providing cash to struggling eurozone banks with which they can then use to buy Portuguese, Italian, Irish, Greek and Spanish debt, giving these countries some breathing space.

Banks demand for these new loans shattered almost all expectations, coming in at €489bn (from 523 banks), compared to an average estimate of around €300bn beforehand. In the run up to the operation there had been much debate over whether this was a ‘back-door’ bailout by the ECB or its version of ‘Quantitative Easing’. Christian Noyer Governor of the Banque de France even termed it the ECB’s bazooka (for our recent briefing on this see here).

With all this in mind one would expect a euphoric reaction from financial markets – unfortunately that doesn’t seem to have been the case. There was naturally some initial boost, but stock markets have settled quickly with some European markets even down slightly, while peripheral bond yields have continued their upward rise.

There are a few key reasons why this might be the case:

– The actual boost in liquidity is only €210bn, since the rest is moved from some of the ECB’s other shorter lending operations, so any knock on effects it does have are likely to be limited.

– Banks face a huge task to reach the 9% capital requirements laid out by the European Banking Authority (EBA), even with this extra liquidity banks are still going to be tempted to undertake significant deleveraging (reducing lending) to meet these requirements.

– Banks face huge amounts of debt which needs to be rolled over or paid off, this is far from covered by this extra liquidity.

– Some of this money may filter through to boost lending by banks to the wider economy, but given some of the constraints above this is far from certain.

– Reports suggest the ECB has already begun purchasing Italian and Spanish debt to keep yields down this afternoon, a role which many expected banks to be playing once they were flush with all this new liquidity.

So, still plenty of concerns and questions for financial markets to ponder despite the big uptake in this morning’s lending operation.

Even if all of this money were used to purchase sovereign debt by banks it would not help solve the crisis. Not just because it would load under capitalised banks with risky sovereign debt (hinged on huge political uncertainty) but also because it only represents a short term liquidity boost. Sure, it might help Italy and Spain rollover a few billion in debt a bit more cheaply, but it does nothing to tackle the underlying problems of the crisis (lack of competitiveness and growth to name but two) nor does it help the already insolvent bailed out states.

In the end, the pressure is still on for eurozone leaders to find a comprehensive intergovernmental solution, they must take the lead, the ECB and the banks cannot.