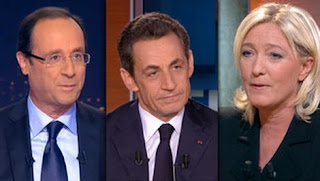 A reconstruction by the Financial Times of what happened at the EU summit on 9 December reveals that it wasn’t only a classic Franco-British dispute which raised the tensions of the discussions.

Sarkozy went on to rebuke Helle Thorning-Schmidt, the freshly elected Danish prime minister, for the temerity to speak up for a deal at 27. “You’re an out, a small out, and you’re new. We don’t want to hear from you,” Mr Sarkozy said.

It’s not a secret that France has never been too happy with either the EU’s internal market or the 2004 enlargement, a view forever symbolised in the notion of the “Polish plumber.” Sarkozy’s latest outbursts suggest that the French government is not only once again looking to further its old agenda of a smaller, more centralised and more protectionist union but that he is personally starting to feel the heat.

The elephant in the room is the upcoming French presidential election. L’Express carried a headline recently noting that French far-right leader Marine “Le Pen is riding the wave of the debt crisis and the euro” with some polls putting her on 20% for the first round of the election, to be held in April. As opposed to her father, who made it to the second round of the Presidential election back in 2002, she’s not just running with an anti-immigration message but also rallies very firmly against the euro, something that wasn’t on the political agenda in 2002.

Polls show that Sarkozy is currently expected to gain around 25% of the vote in the first round, while the socialist candidate François Hollande is a few percentage points ahead.

Since April is still some time away and the euro crisis can still take many turns (including France losing its triple A rating) the French press is starting to realise that there is a serious danger that a Le Pen could again make it to the second round.