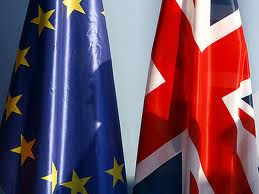 On Tuesday, we set out a country by country guide looking at the limited support in cabinets and parliaments around Europe for the main points of the deal agreed last week highlighting that the European match-up is far more complicated than “26 vs 1”. The FT had a similar piece on its front page yesterday, and the Independent featured almost the exact same story on its front page today (which goes to show that you should sign up to our press summary if you want to stay ahead of the curve).

So what about reactions from politicans and media around Europe to the veto? To be honest, there’s been quite a bit of Cameron-bashing in the European press – some justified, but there’s been plenty of ranting too. It’s almost as if politicans and commentators finally saw a chance to divert some attention away from the constant fire that eurozone leaders have been under since the crisis started two years ago.

But there have been a lot of more nuanced reactions. For example, as you will have heard, speaking to the Bundestag yesterday, Chancellor Merkel said that the UK will remain a strong EU partner, despite its decision not to sign up to an EU summit deal. In an interview with Rheinische Post, Frank-Walter Steinmeier, former German Foreign Minister and current parliamentary leader of the opposition SDP party said that he feared that the decisive step towards a British exit had already happened, but warned this would be a damaging scenario:

“I too am often annoyed by Britain’s special interests! But we must be aware that with the loss of Great Britain we would give up a historical element of the European integration story. I do not want to imagine writing the future of Europe without such a strong partner as the UK.”

Even Nicolas Sarkozy, who it is alleged could not even bring himself to acknowledge Cameron at the summit, struck a more concilliatory tone this week, emphasising that:

“We need Great Britain! It would be a big impoverishment to see its departure which, very happily, is not the actuality”

Unsurprisingly, the Swedish and Irish Prime Ministers, have also both indicated that there are still plenty to discuss regarding the future of Europe, and that they expected the UK to be involved in this process.

And here are some other reactions from around Europe that you won’t hear on tomorrow’s Today Programme:

In Poland, Arkadiusz Mularczyk, a senior MP for the Conservative Solidarna Polska party, went as far as to argue that:

A leader in Welt am Sonntag entitled: “Britain: Please come back!” argued that:

“Should the UK actually leave the EU, the Union would lose not only the cradle of European democracy, but also one of its founding members – and the most important financial centre of the old continent”.

“[Sarkozy and Merkel] Needed to identify Cameron as a scapegoat to paper over their own conflicts…the details that will emerge [from the EU deal in March] will most likely lead to more than the UK feeling excluded.”

A leader in Sweden’s largest tabloid, Expressen, noted that Cameron may have ended up outside the EU’s core structure, but that it was also “hard to find arguments” for Sweden to join Merkozy’s pact, since:

“There are no plans or political majority for joining the euro. Besides, Sweden doesn’t like that the euro countries go off on their own outside the Treaties.”

“David Cameron says no to a new European treaty, while listening to his English voters, and is accused of being someone who “blackmails” Europe. Twenty six other government leaders and heads of state don’t give their parliaments but European bureaucrats control over their budgets…this kind of top down integration carries the risk that democratic support for the Union shrinks. Europe and democracy: for now they don’t seem together. Unless you consider it democracy that elected leaders in Brussels agree upon common measures which they can’t or don’t dare to push through in their own countries.”

There was also nuanced remarks from Dutch magazine Elsevier’s EU correspondent Carla Joosten, who commented that:

“[Cameron’s] fear of European rules which would hit the heart of the British economy, the financial sector in London… isn’t unjustified. It wouldn’t be the first time that France and Germany are trying to get rid of competition elsewhere in the Union. French President Nicolas Sarkozy keeps on repeating that the City of London is at the heart of the crisis. It isn’t of course that simple. The British have already cleaned up their banking sector better than the French and the Germans together.”

The Irish Independent‘s chief critic, Bruce Arnold yesterday wrote a piece somewhat dramatically entitled “We need to strengthen UK ties before EU strangles us”, in which he argued:

“That is now overshadowed by the darker figures of Angela Merkel protecting German interests, Sarkozy protecting French interests, and doing so with greater skill and duplicity than we have seen before. David Cameron has seen what this would do to British interests and backed away. We should do the same.”

This theme continued this week, with Tuesday’s Handelsblatt‘s editorial arguing that:

“Even under normal circumstances it would have been hopeless to expect Cameron to approve the EU’s conversion into a fiscal union as a first step towards political union without receiving anything to show for it at home. But given that the justification for this step was the rescue of a currency the logic of which the British still doubt today it was utterly impossible…It would be better now to focus on what the two sides still have in common and what can serve both their interests instead of ranting against the Britsh. And a functioning common market is right at the top of the list here.”

While worrying about the UK’s ‘departure’ an editorial in El Pais claimed that:

“From development cooperation to a European research area, many European projects would look very different today without the UK’s influence. And it’s difficult to imagine that without the UK the EU would have dared to break up hugely influential national monopolies like the telephone companies or airlines. If the UK leaves, the EU will lose not only military, academic and financial clout but also a country that has demonstrated that it is much better able to renew its public administration and policies than continental Europe”

“Despite doubts, the UK contributes much to the EU in economic and political reforms, and one should avoid reading the pact as a new battle between Europeans, with winners and losers.”

“Despite all the anger, [the British] might soon be missed… ironically enough, it might just be the Germans who regret losing the United Kingdom. London’s dedication to free trade, to the rule of law and to having things run in an orderly manner is not so easy to replace. Berlin is losing a partner who was a dependable counterweight to the club of those slack states in southern Europe whose freewheeling financial policies the restrained Germans have always abhorred.”

All in all then, to paraphrase Mark Twain slightly, it could be said that reports of the UK’s death in Europe have been greatly exaggerated.