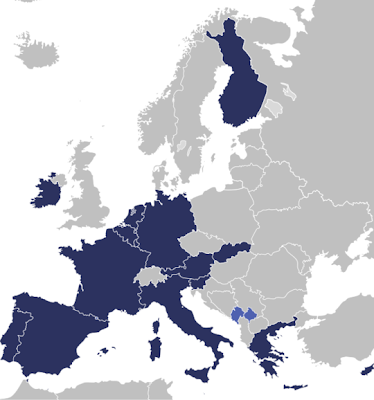 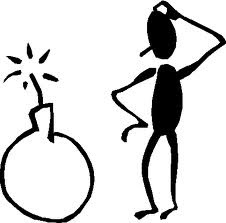 This should send alarm bells ringing in No 10: As the Sunday Telegraph noted, in a forthcoming report this week, we’ll be pointing to the concerning fact that, in future, the UK and other non-eurozone members could be left in a permanent minority in the Council of Ministers – the EU’s key forum for decision-making.

This time bomb will detonate as early as 2014, potentially allowing the Eurozone to bulldoze over the interests of those outside the Single Currency. This could have a major impact on the UK’s ability to influence, for example, EU rules affecting the City of London or the wider single market.

Here is how it could happen:
The Lisbon Treaty, in addition to expanding qualified majority voting (QMV), substituted the current voting weights in the Council with new ones based on the population sizes of the member states. These new rules are not yet in force – they come into force in November 2014 (with an option for a state to request a vote follows the old rules until April 2017 – which the UK may well want to take). In addition to changing the voting weights, to the benefit of the larger more populous states, the rules also reduce the qualified majority required to pass an EU law from 71% to 65%.
These two measures mean that the UK will no longer be able to muster a blocking minority with the help of smaller non-eurozone states if the 17 eurozone members vote as a ‘caucus’.

Under the new rules a group of states needs votes from countries representing 65% of the EU population – the eurozone as a whole already have 66% on their own, giving them a permanent inbuilt majority if they vote together as a caucus (not accounting for Croatia joining the EU, or Greece leaving the euro, for example). Now, it may be that the eurozone will not be able to pull together and vote as one – will the Dutch and Slovaks, for example, agree with the Greeks or Portuguese?

But, given the horse-trading and backroom deals that form an integral part of EU decision-making – and the incentive for the eurozone to reach a common position on a number of issues, as it integrates further to deal with the eurozone crisis – clearly, this is worrying for the UK and other ‘outs’. Due to moves towards further fiscal integration in the eurozone, this could prove particularly relevant to eurozone measures relating to financial regulation.

As we’ve noted before, the status quo is not an option for the UK government.

Eurozone reaches the bar for a permanent majority (click to enlarge): 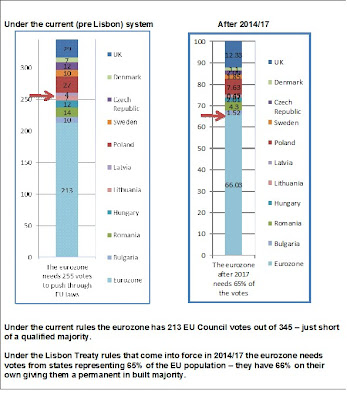