Note to EU: This is how austerity works 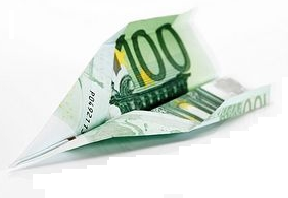 Ireland’s economic troubles are well documented, but at least the government has demonstrated its willingness to get to grips with its own budget deficit by taking some unpopular decisions, this time not with the electorate however, but with its own ministers. The Irish Independent reports that Taoiseach Enda Kenny vetoed his Justice Minister Alan Shatter’s request to use the government jet to fly to an informal EU justice and home affairs council meeting in Poland back in July.

It is reported that the trip would have cost around €20,000, but by flying with commercial airlines (SaS outbound, Ryanair for the return trip), Minister Shatter and his delegation notched up costs of around €3,000, thereby saving Irish (and European) taxpayers around €17,000. We appreciate that this might not seem like a lot in the context of the multi-billion euro bailouts, but it is arguably a lack of such prudence at all levels of government spending that precipitated the debt crisis that followed on the heels of the banking crisis in the first place.

Given that the EU is currently engaged in negotiating both next year’s EU budget and its Multiannual Financial Framework – long term budget – for the period 2014 – 2020, perhaps could serve as an unlikely but important precedent…