Not In Safe Hands 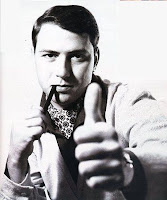 Update 16:10 – It looks like two MPs from Berlusconi’s party have defected to the Christian-Democrats’ group in the lower house of the Italian parliament. No good news for Silvio.

If the eurozone can “do without” Greece, as French Europe Minister Jean Leonetti said in a radio interview this morning, the same is certainly not true for Italy. Well, in light of what is reported in the Italian press today, the eurozone’s future is not in safe hands. Italian Prime Minister Silvio Berlusconi (in the picture, believe it or not) yesterday called an emergency cabinet meeting with a clear aim: endorsing some of the measures outlined in last week’s letter to EU leaders in order to arrive in Cannes with something concrete to show to Italy’s G20 partners.

No big surprises in terms of what has been agreed. The new measures include plans to liberalise certain professions and services at the local level. A sell-off of state assets is also a part of the deal, along with tax reliefs for private capitals investing in big infrastructure projects. As expected, the wealth tax has been left out once again. The controversial rules to make dismissals of permanent employees easier and the increase in retirement age didn’t make it in, at least for the moment. But the real significance of yesterday’s emergency cabinet meeting is something else.

In fact, according to several Italian papers, the meeting turned into a no-holds-barred showdown between Berlusconi and Italy’s Economy Minister Giulio Tremonti. Apparently, everything started when Italian Economic Development Minister Paolo Romani lost his patience and told Tremonti, “Stop it, speak clearly and say that you want to send [Berlusconi] home.”

According to Il Corriere della Sera, the exchange went something like this:

Tremonti: “I’m just saying that disasters will happen on the markets on Monday if you, Silvio, remain where you are and don’t take a step back. Like it or not, in the eyes of both Europe and the markets the problem is you.”

Berlusconi: “No, the problem is you. You’ve spent the last three years speaking ill of your country and your Prime Minister around the world.”

Tremonti: “Had you let me do my job, instead of putting spokes in my wheels, perhaps we wouldn’t be in this situation now.”

Berlusconi: “Had they let me be the Prime Minister, instead of putting spokes in my wheels, perhaps you wouldn’t be the Economy Minister now.”

Crucially, the fact that the new emergency measures were eventually adopted as amendments to the existing austerity packages (as Tremonti wanted), and not in the form of a proper legislative act (as in Berlusconi’s intentions), is possibly yet another sign of how Il Cavaliere‘s leadership is getting wobblier by the day.

“You are aware that this government is unfit to carry out this difficult task [taking Italy out of the crisis], also in light of the irreconcilable strategic divisions undermining it…Therefore, be supportive of a new political phase and a new government.”

The votes of these MPs could be decisive for the survival of the Italian government, especially since Berlusconi, in a desperate bid to reassure EU leaders (and the markets), has already announced that each of the measures agreed yesterday will be put to a vote of confidence in the Italian parliament.

But arguably the hardest blow to Berlusconi came from his former ally and co-founder of his party, Gianfranco Fini, who’s also the speaker of the lower house of the Italian parliament. Yesterday, in a TV interview, Fini said that Berlusconi had turned into “the main puppet” in Italy’s political theatre, adding that the weakness of the measures adopted during the emergency cabinet meeting was due to Berlusconi’s “inability to rule.”

No surprise then that, despite the new measures and the ECB continuing its purchases of Italian debt, Italy’s borrowing costs showed no signs of decreasing. The interest rate on Italy’s ten-year bonds touched 6.4% this morning. The infamous 7% threshold, which proved a point of no return for Greece, Ireland and Portugal, now looks worryingly close.