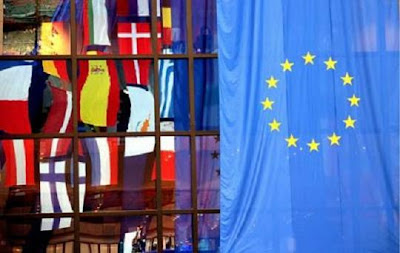 So, another summit passed and another chance to assess the agreements in the cold light of day. Unsurprisingly, we’re not too enthusiastic over the deal which has been struck, not least because it doesn’t seem to have changed much from the drafts which were circulating yesterday, which we critiqued here. To be fair, given the complexity of the deal, we shouldn’t judge eurozone leaders too hard for not reaching a comprehensive agreement last night (it’s more a matter of judging them by their own standards).

In any case here are some of our initial thoughts (most focus on the complete lack of detail or practical implementation included in the plan).

Eurozone leaders and Greek bondholders agreed a 50% write down along with €30bn in “sweeteners” for those private investors who take part and another €100bn bailout for Greece.

– Significant questions remain over the actual level of debt reduction which this plan will yield. Given that Greece’s debt-to-GDP ratio is still expected to be 120% in 2020, we’d imagine not much. Also, this means that basically in 2020 Greece will be where Italy is now. Is that meant to be desirable?

– High levels of Greek debt mean another write down is likely. However, with more and more debt being from official sectors how will this happen and will it fall on taxpayers?

– 50% write down is in nominal terms, meaning the net present value reduction could actually be less (depending on numerous technical details which were left open by the agreement).

– Greek banks need €30bn under the recapitalisation – it’s not clear exactly where this money will come from. It looks to be from the amount earmarked for banks under the first bailout, but this is normally counted towards covering other Greek funding needs. Unclear, therefore, if the €100bn will be enough to cover Greek funding needs over the next three years.

Essentially the same plan as in the drafts, split between insurance and special purpose investment vehicle (SPIV). Still a huge number of questions which need to be answered, particularly over who will and how they will invest in the SPIV. Starting point of leveraging the fund (how much is left in the EFSF) is unclear, therefore total leverage is still up in the air. The lack of progress on this area is indicative of the complexity and lack of clarity of how this will work in practice.

EBA estimates that it will cost €106bn for banks to meet the new 9% threshold by June 2012. UK banks pass all the tests, with most failures coming in the PIIGS.

– Huge number of issues here. Firstly, where will this money come from? Clearly given the leverage plans, they don’t expect much to come from EFSF. So most is thought to come from private market – not clear if the demand is here. For PT, IR and GR, the deal suggests the money will come from their original bailouts – it’s not clear if there is enough money left in the first rescue package. In any case, this may be self-defeating if it forces PT, IR and GR to ask for more money.

– Not clear exactly how the 9% threshold will be calculated, or what capital can be used. However, reports suggest that hybrid capital and convertible capital will be allowed to some extent (win for Germany and Spain) which suggests the targets will be easier for banks to meet.

– The UK banks pass partly because all debt was marked to market (even that which had seen an increase in value) meaning UK and German debt became more valuable, in turn making the UK and German banks look healthier. This is an incredibly pro-cyclical precedent to set (although admittedly logical here if you were marking down other debt), so should not be common practice.

– The plan to block dividends and bonuses until capital requirements are met is misguided. If the banks are receiving public funds there should be limits and strong conditionality. However, applying it to those still raising on private markets will just cause uncertainty and share price fluctuations, therefore having the opposite effect to the one desired.

Now, are there any questions?