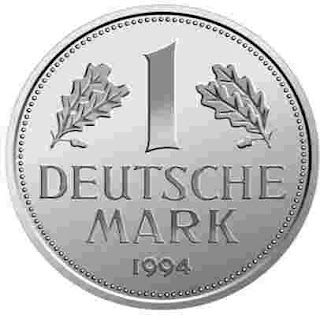 Over at Open Europe, we admit to be poring over EU-related polls from the German-speaking world, like a German Commission offical over the Greek accounts.So here’s some polling for a Friday afternoon.

A survey for Focus published today shows that 50% of Germans would be willing to exchange the euro and get the D-Mark back, while 48% preferred holding on to the euro. A year ago, 50% wanted to keep the euro, while 47% wanted a return to the D-mark.

Meanwhile, according to a survey conducted by the Austrian Gesellschaft für Europapolitik, only 37% of the Austrian people think Austria has benefited from the Single Currency, whereas 48% believe it hasn’t been beneficial. While, in answer to the question: should the EU have a direct influence on national budgetary policy? 58% voted no, compared to 33% yes.

Additionally, 30% referred to a ‘United States of Europe’ as a ‘fitting model’ for the EU, while 50% disagreed.

A bit of a mixed bag then, but some clear signs of growing fears over the state of the eurozone in these core european electorates. Now the key question is, if and when this feeling will feed through to election results, we for one are waiting with bated breath.