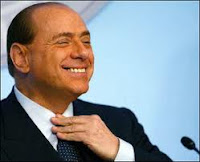 It was Italy’s worst kept secret. Everybody knew that the second austerity package hastily put together by the Italian government in August had been – let’s say – ‘inspired’ by the ECB, despite several clumsy attempts to deny the existence of a letter containing a fully-fledged wish list set out in Frankfurt as a precondition to the ECB starting to buy Italian bonds.

With a bit of delay, the full text of the letter (the English version is available here) has eventually been disclosed by all the main Italian newspapers today, all of them curiously claiming that they had obtained it “in exclusive”. After a quick reading, the first impression is that this letter may actually mark a watershed moment. In fact, the unquestionable resemblance between what the ECB urged the Italian government to do and what the Italian government ultimately did suggests that the letter is the first example of an independent EU institution effectively dictating fiscal policy to a member state – that it is the ECB just makes it all the more controversial.

Here are the most interesting excerpts,

Additional corrective fiscal measures are needed. We consider essential for the Italian authorities to front-load the measures adopted in the July 2011 package by at least one year. The aim should be to achieve…a balanced budget in 2013, mainly via expenditure cuts.

On this point, Italy has done its homework only in part. In fact, the second austerity package involves cuts to transfers of money to the local administrations, but the two ‘flagship’ measures initially envisaged to cut public expenditure (i.e. the abolition of provincial administrations and the halving of the number of MPs and Senators) have been kicked into the long grass of constitutional reform. As a result, most of the savings envisaged derive from tax hikes (e.g. the VAT increase from 20% to 21%).

It is possible to intervene further in the pension system, making more stringent the eligibility criteria for seniority pensions and rapidly aligning the retirement age of women in the private sector to that established for public employees.

Done, but the gradual alignment will only start in 2014 (meaning that it will be completed by 2026), due to staunch resistance from Lega Nord.

An automatic deficit reducing clause should be introduced stating that any slippages from deficit targets will be automatically compensated through horizontal cuts on discretionary expenditures.

Done, and it has turned out to be one of the most controversial aspects of Italy’s second austerity package. In fact, the Italian government is planning to recover around €20 billion over the next three years from a reform of the tax and welfare system involving the abolition of hundreds of tax breaks currently into force. Failing that, the ‘safeguard clause’ demanded by the ECB would automatically be triggered, with all the consequences.

There is also a need to further reform the collective wage bargaining system allowing firm-level agreements to tailor wages and working conditions to firms’ specific needs and increasing their relevance with respect to other layers of negotiations.

Done, despite protests from trade unions.

The letter also contains specific calls for liberalisation of the labour market (including breaking down the two-tier structure and greater privatisation), something that Italy needs badly if it is to return to growth (as we argued here and here), but is yet to make any clear headway on this topic.

Another interesting fact is what is not in the letter – monetary policy. In fact the letter itself highlights that these reforms are to “restore the confidence of investors” and underpin the “standing of [Italy’s] sovereign signature”. As we’ve noted before, the ECB has consistently argued that their bond market interventions have been based on ensuring effective transmission of monetary policy. The existence of the letter itself suggested that this was not the case, now it seems the content has fully confirmed that. It will, and should, raise questions about the independence of the ECB and the position it has taken up (but also been forced into) when it is dictating fiscal policy to a democratically elected government.

This letter shows beyond doubt that the thrust of Italy’s second austerity package was effectively drawn up in Frankfurt, and not in Rome. Not quite the best birthday present for Berlusconi, who (believe it or not) turns 75 today…