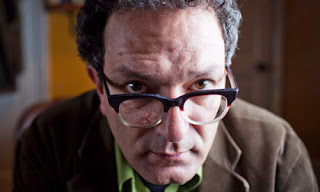 The Labour Party conference has provided a belated opportunity to focus on the opposition party’s policies, and our interest naturally gravitated towards what Eds Milliband and Balls would have to say on the UK’s relations with the EU, and crucially their views on the burning issue of the eurozone crisis.

An early indication of Labour’s attitude towards the EU in opposition came from Lord Maurice Glassman (pictured), tasked by Miliband to develop a new intellectual framework for the Labour Party. Glassman’s ‘Blue Labour’ critique took aim at many targets (with no quarter given), including the EU, in particular its dominating legalistic institutions (a criticism we share) and the free movement of people and capital (which we think on the whole has benefited the people of Europe).

Ed Miliband, Ed Balls and other key Labour players have been busy developing this argument at party conference, in particular emphasising they had been wrong to allow unhindered access to the UK’s labour market to the eastern Europe accession countries in 2004. In an interview with Sky News, Miliband said: “We got it wrong in a number of respects, including underestimating the level of immigration from Poland, which had a big effect on people in Britain”, while Hazel Blears claimed that Eastern Europeans claiming generous UK benefits “creates a real sense of grievance and justifiably so” (even if research has shown immigrants are less likely than natives to receive state benefits or tax credits).

On the eurozone crisis, shadow Chancellor Ed Balls somewhat bizarrely argued (15 mins in) that , the country at the centre of the problems did not have a debt problem:

While we certainly echo that the euro is a major problem, Balls appeared somewhat confused on the nature of this crisis. In fact, he may well find himself in a minority of one if he genuinely believes Greece is facing a liquidity rather than a solvency crisis. The markets (and increasing numbers of eurozone policymakers) know that Greece cannot sustain its debt burden in the long term, and are waiting for the inevitable default, something Balls did not mention.

“We want a Europe that works for people in this country and I think that’s the most important thing… let’s get stuck in, let’s engage and let’s get to grow. That’s the priority, not referenda or constitutional changes or any of that stuff.”

While the reflection and internal debate is very welcome, as the Spectator’s Coffee House blog notes, “despite the interventions from Miliband and Balls, the party is bereft of a policy in this area”. And anyone wanting to get an idea of the Labour party’s vision for Europe would have been disappointed by Miliband’s leader’s speech this afternoon, which barely referenced the EU or the eurozone. In fairness, Labour’s Shadow Europe Minister Wayne David did say some encouraging things at a recent Open Europe event on EU justice and home affairs, which suggested he would press the Government on this issue, although again, he was vague on what specifically a Labour government would do. David has recently also gone pretty hard on the proposed increases to the EU budget.

Needless to say, given the crucial and fast-moving nature of events currently unfolding in Europe, it is vital we have an opposition that sharpens its focus and is able to hold the government to account.