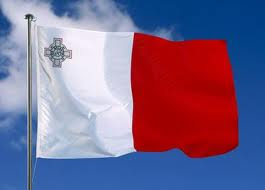 A tasty development coming out of tiny Malta today – the Maltese government plans to ask for collateral on its loans to Greece.

“I can confirm that at a recent meeting of the Eurogroup in Poland, Malta officially requested to be treated like Finland where it comes to collateral. All member states should be treated the same and we are insisting on this.”

So, also Malta is now echoing recent calls for equality in the eurozone as well. Many involved in the negotiations might be irked by this late call from a country with such a small contribution. However, in all fairness to Malta their contribution does amount to around 6.5% of their GDP, so clearly not a pittance to them. That more countries are coming out of the woodwork against this collateral deal just highlights how rushed and poorly thought out the second Greek bailout is.

As for what form the collateral deal will take – shockingly – no new developments. This, despite eurozone leaders saying we would have an agreement in one week, two weeks ago. Currently, it looks as if some collateral arrangement will be made available to all but it is likely to be so complex and costly that only those who have to accept it due to domestic constraints (Finland because of a deal with its parliament, Austria and Netherlands because of the growing Eurosceptic parties and Malta for, well, possibly for actual economic reasons) will choose to.

More meetings to come for sure – although it seems that this issue has taken a backseat to the topics of looming Greek default and financial market meltdown. Not that we can blame the eurozone leaders for that, it’s just, when you have so many balls in the air, one is bound to drop. Unfortunately if unexpected, that would mean disaster for the global economy.

Actually, come to think of it, we can and do blame eurozone leaders for that since they should have dealt with this problem head on a long time ago.