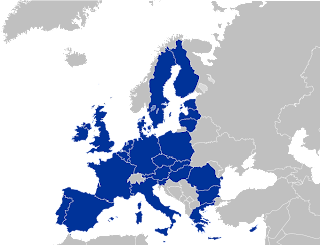 The weekend’s papers saw several interesting articles on the Coalition’s Europe policy in the wake of the eurozone crisis.

Here’s Tory MP Dominic Raab, hitting the nail on its head in the Sunday Times:

“This fluid geopolitical landscape opens opportunities for a third choice for Britain — between integration and withdrawal. And it is popular. YouGov found 50% want to halt or reverse integration; it would win over many of the 37% who favour withdrawal.

What would such a plan look like? Britain should ditch its ideological baggage in favour of a pragmatic euro-realism. Take the free movement of goods, services, capital and people — a potent force for good, promoting business growth and jobs. The single market is not perfect. Some aspects won’t get better unless the UK negotiates at the table to liberalise services and curtail state aid and agricultural subsidies. There is no economic reason why Britain could not opt out wholesale of the EU social and employment regulations, which cost our economy an estimated £148 billion between 1998 and 2008. Likewise, Britain could insist on immigration controls on prospective members such as Turkey.

The crossroads ahead offers Britain a unique opportunity to come up with a positive blueprint for our relationship with Europe.”

Meanwhile, the Sunday Telegraph looked at the formation of a new group of Tory MPs, which is gaining traction, due to the initiative of Chris Heaton-Harris, George Eustice and Andrea Leadsom (amongst others) aimed at reversing European integration. In his Sunday Telegraph column, Tim Montgomerie made this very astute observation:

“…there are two good reasons why [Tory MPs] shouldn’t be in a rush to renegotiate the relationship with Brussels. First, any deal that happens soon will have to be signed off by Nick Clegg. The Liberal Democrats are Britain’s most Europhile party, and they won’t allow a big departure from the status quo. Renegotiation will be more substantial if it happens at the end of the parliament, and David Cameron can turn the terms of a deal into an election issue. Second, there is no plan for renegotiation. Tory Eurosceptics are large in number, but there’s a People’s Front of Judea quality to their organisation.”

We hasten to add that, in general, Tory Eurosceptics also need to develop a better understanding of exactly how fluid and fast-moving the situation in Europe is – and of the various forces at work – if they want to achieve a strategic vision of how to capitalise on the shifting politics. Sounds obvious, but Europe can no longer be reduced to some sort of black-and-white struggle between ‘federalists’ and ‘eurosceptics’ (it probably never could but even less so now), nor a sceptical Britain vs. the Rest.

Looking at the Franco-German deal last week, we note over on Guardian Comment is Free that,

“aside from the disappointing content, the latest Sarko-Merkel political charge is very interesting for wider reasons – particularly for the UK. Alas, it has been widely misunderstood in Britain and beyond. First, it is not part of some sort of German grand plan to again become the dominant force in Europe – no one in Germany is interested in “colonising” countries in any form.”

We go on to argue – and this is important:

“Second, the Franco-German proposal is not a step towards “EU federalism” per se. In fact, the letter circulated by the two leaders envisages a limited role for the European commission in the eurozone’s economic governance, with the eurogroup’s 17 members instead meeting separately.

In Brussels speak, this is known as intergovernmentalism, often described as the opposite to federalism…Why does this matter? Because British reflexes tend to favour intergovernmentalism modelled around decisions made by sovereign states rather than the Brussels-based institutions. Far from counteracting British thinking, this Franco-German proposal seems to reinforce it.”

There is another reason, we note,

“why the agreement seems in line with what many Brits would instinctively argue for: European variable geometry. Responding to the opposition this proposal generated in many capitals, German foreign minister Guido Westerwelle said in private (according to Financial Times Deutschland) that any member states that don’t implement the Franco-German plans “shouldn’t be allowed to stop the rest” from doing so, adding that “there should be more differentiated co-operation”, presumably both in the EU and eurozone.

This is an acknowledgement that, in order for it to work, the EU simply needs to be broken down into smaller units. It’s the type of flexible approach to European co-operation which many in the UK would feel most comfortable with – and also a reminder to those who argue a two-speed Europe is defined by euro membership alone (with Britain in the slow lane) that such a division is simplistic.

If the EU, in the wake of this crisis, is heading towards a more intergovernmental, variable approach to European co-operation – sometimes merging policies and institutions, at others keeping them separate, as national democratic preferences dictate – this could well be in Britain’s interest.”

This is not an endorsement of the content of the Franco-German deal (which we hopefully have made abundantly clear) nor an endorsement of the greater role envisioned for Council President Herman Van Rompuy. It’s merely a reflection on the fact that, when European policy strikes at the heart of national democracy (the eurozone crisis has now fully entered the domain of taxation and spending as opposed to regulations, complex treaties or judicial cooperation), intergovernmentalism is still king.

Although we shouldn’t read too much into it, the subtext of the Franco-German summit may prove to be a turning point.