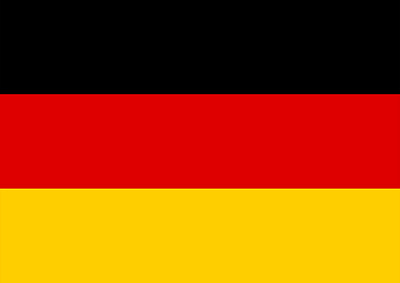 Simon Heffer’s piece in the Daily Mail on how “Germany is using the financial crisis to conquer Europe” has made the news in Germany, with Handelsblatt noting yesterday:

“Although the Second World War is over 66 years ago, Europe’s fear for the Germans is older…at crucial turning points in European history, Europe’s fear of a supposedly all-powerful people at its centre always flares up again”

The article goes on to quote Margaret Thatcher saying, “We’ve beaten the Germans twice. Now they’re back!”, a comment that Germany’s former Chancellor, Helmut Kohl, claims she made to him in reference to Germany’s reunification in 1989. The article alos makes a reference to a recent piece in Italian newspaper Libero featuring a cartoon of Angela Merkel looking like Adolf Hitler, in an SS costume, with the title “Heil Merkel”.

To take issue with how important national economic decisions are now increasingly being taken by multilateral institutions controlled by bigger members, such as Germany, is one thing. However, to claim that anyone in Germany actually has an an interest in “colonising” other countries in any way just isn’t correct.

Quite the contrary, Germany’s default position is to take a non-interventionist stance in regards to other countries. Just have a look at its approach to the Libyan and Afghanistan interventions. One of the reasons that Germany decided to abstain on the UN vote on Libya, is precisely because its public are hesitant about mixing in other countries’ affairs. The ongoing political fights about its intervention in Afghanistan also prove this.

The German government is desperately trying to find a solution to the eurozone crisis, stuck between their voters, the bundesbank, exporting industries, the economic elite, and the Constitutional Court. The country’s position is far too complex to lend itself to stereotypes or a single explanation.

The German government still believes that the eurozone crisis is simply a matter of budget discipline – or rather lack thereof. As we’ve argued many times before, the eurozone crisis is fundamentally about the loss of competitiveness in the periphery and the the inevitable tensions created by having one monetary policy for a whole set of very different economies (though excessive spending and debt clearly is a key driving force as well). But the point here is that the Germans genuinely feel that replicating its rules-based model at the European level, is the best way to the get eurozone economies back on track. We may disagree with that but there’s nothing sinister about it. And seriously, who can blame the Germans – who at the moment provide €120bn+ in loan guarantees in addition to underwriting a huge share of the wobbly ECB – for asking other countries to make a bit of an effort?

For all those who are still suspicious that Germany is secretly trying to take over Europe, it’s worth taking a look at some privately-made comments by Germany’s Foreign Minister Guido Westerwelle, which featured on the front page of yesterday’s Financial Times Deutschland. He said that any member states that don’t implement the Franco-German plans “shouldn’t be allowed to stop the rest” from doing so, adding that “there should be more differentiated cooperation”, highlighting the possibility of a two-speed EU.

Incidentally, the idea that some countries could go-it-alone with others opting out, within a more flexible European framework, fits pretty well with British thinking on the EU. In fact, the Franco-German deal was inter-governmental rather than federal, sidelining the Commission in favour of Council President Herman Van Rompuy (increasingly emerging as a Franco-German vessel). An intergovernmental Europe broken up in smaller units, which on key issues operates outside the reach of the EU’s centralising tripod (the European Parliament, European Court of Justice and European Commission) – isn’t that sort of what the UK should be pushing for?