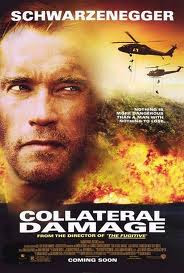 This week saw another twist in the ongoing soap opera which is the eurozone bailouts. The Finnish government – no doubt feeling the anti-bailout True Finns (currently the largest party in the polls) breathing down its neck – has for some time demanded that Greece puts up some sort of collateral in return for coughing up the cash for the fresh rescue package.

On Tuesday, the Finnish media reported that a deal had been reached between the two countries, which would see Greece provide €1bn in cash as collateral, deposited with the Finnish government in the eventuality that Athens is unable to pay back the loans. Bizarrely, the amount would effectively cancel out the Finnish share of the bailout. In other words, Helsinki lends €1bn to Athens, while Athens sends €1bn to Helsinki, begging the question: who guarantees the collateral?

The Greek and Finnish governments have since said that it’s a bit more complicated than that. As reported today by Ekathimerini:

“Greece will deposit cash equivalent to a large chunk of the money it is to receive from Helsinki in a state account that Finland will use to invest in AAA-rated bonds. The interest generated will raise the amount to match the required collateral. Finland will return the money, plus interest, once the bailout loan is repaid”

The problem is that others countries now want this too, with Slovakia, Slovenia, Austria and the Netherlands all demanding collateral in return for their participation in a second Greek bailout.

“If there is a model for collateral, Austria would also make a claim,” said Austrian Finance Ministry spokesman Harald Waiglein. Slovakian Finance Minister Ivan Miklos chimed in,“I consider it unacceptable for any country to not have the collateral if other countries have it.Because if this is a loan, and that is what everyone is calling it, the debtor should have no problem offering collateral for the loan.”

Eurozone leaders are already balancing on a knife’s edge over the second Greek bailout deal with approval from increasingly restless national parliaments still pending (expected in the autumn). The original target of having the new deal in place before the next bailout installment (from the first deal) due in September, could now potentially be at risk. Not to mention the continuing problems in raising the targeted amounts from private sector involvement.

Also, Greece doesn’t exactly have cash to spare (and they’re reluctant to put up state assets as collateral). The demands – while fully understandable from the creditors’ point of view – could put further strains on Greek public finances.

Fundamentally, this shows how complex – and unsustainable – the politics of cross-border bailouts are. And how, at the end of the day, eurozone leaders are politicians who are elected by voters (taxpayers) and who answer to national parliaments. They’re acting within a democratically defined mandate. While you can stretch that mandate when it comes to complex EU treaties, regulations or the role of obscure EU judges, for example – taxpayers’ cash is too close to home for this to work.