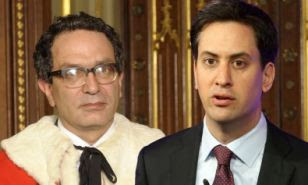 For those of us obsessing about EU politics, 2011 is likely to be remembered as the year when the EU’s two flagship projects – the Single Currency and free movement – came under unparalleled strains.

The former is based on utterly flawed economics, while the latter – albeit on balance benefitting Europe – remains a difficult sell to electorates, particularly during times of low growth and unemployment. Denmark has made headlines for seeking to restrict free movement this year (though only by re-introducing some tighter customs checks).

With the rise of populist parties around Europe, there’s a clear risk that the mood is turning against the idea of open borders in Europe. In this context, yesterday’s remarks from Labour peer Lord Glasman – described by the Fabian Review as a “leading policy adviser and Ed Miliband’s magus” – are very interesting. Lord Glasman seems to have some strong things to say about New Labour’s immigration policy, and in an interview with the the Fabian Society, he outlines how he wants to see the UK renegotiate its free movement arrangement with the EU:

If he means what he says, this is pretty radical stuff. It would be very interesting to know exactly how Lord Glasman envisions a re-ordered EU-UK relationship on labour movement. Is he talking changes to the Posted Workers Directive, for example, which was the source of contention during the strikes in Lincolnshire in 2009? Such a move, while symbolically hugely significant, would actually only affect a few ten thousand workers in Britain (we’ve looked at the Directive and the related ECJ rulings here)? Is he discussing other measures to ensure ‘British jobs for British workers’, such as changes to the Procurement Directive, to ensure that UK firms – and therefore workers – get the jobs (there have been some calls to that effect in the wake of the Bombardier controversy)? Or is he suggesting that the UK should completely repatriate control over labour market entry in the UK, meaning a whole new EU-UK relationship?

The good news here is that a key Labour player is discussing EU reform. The bad news is that – while somewhat vague – there could be an implicit suggestion here that Britain should jump on the slippery slope towards protectionism, undermining one of the actual benefits of European cooperation: the Single Market.

The debate itself is much welcome though.