Fact check: the EU and the ECHR 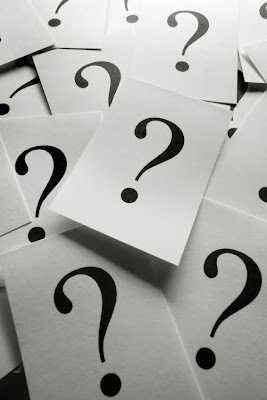 It’s always interesting to observe instances when those who try to occupy the high ground on Europe, claiming to know the facts about the EU, get the facts wrong. Here’s an example:

Over on his Guardian blog, Roy Greenslade – a professor of journalism at City University who occasionally, it appears, takes umbrage at the coverage of the EU in British media – looks at the Daily Express campaign for a referendum on the UK’s EU membership.

Nothing wrong with that – it’s a perfectly legitimate issue to look at and Greenslade seems like a decent chap. The Express campaign acts as a barometer of public opinion on the EU (a public which, it seems, is increasingly sceptical of EU membership), and there are a number of questions that should be asked about that and similar campaigns, most importantly, what, exactly, is the alternative to EU membership (that’s not even close to as straightforward as it sounds and poses a proper intellectual challenge for those who want to leave the EU altogether).

But instead of focussing on this question, Greenslade instead takes aim at what he apparently thinks is an easy target, and says thus:

“There are absurdities to the current campaign too. For example, the final paragraph of today’s article states that ‘opponents of the EU… complain that our law and order system – and basic common sense – are being undermined by the European convention on human rights.’

Memo to [the editor of the Express]: inform your readers, don’t confuse them still further. To aid you in that task, note these facts…”

He then goes on to inform us:

Problem is: this isn’t quite correct (unless Greenslade takes a very presentist view of the matter).

It’s true, as we’ve pointed out before, that the ECHR and the EU are two completely separate organisations and the UK could hypothetically withdraw from the ECHR without having to leave the EU.

However, the EU actually does have quite a bit to do with the ECHR – or at least it will have very soon. If we wish to develop an understanding of the future of European human rights legislation – and how it can impact in the UK and other countries – we need to understand how this works (the recent car insurance ruling – a ruling by the European Court of Justice but with numerous influences – shows why this matters).

So note to Greenslade: the EU and the Council of Europe have actually just agreed a draft agreement which would see the EU signing up to the ECHR, once all 47 member countries of the Council of Europe and the EU itself have ratified the deal – which most likely will happen though it might take some time, given the very technical nature of the agreement (confusingly in the UK, as we understand it, the CoE side of the ratification can be done by the Government unless the House of Commons passes a resolution against it, whereas the EU side of the agreement is covered by the EU Act, requiring a supportive resolution in both Houses of Parliament before the UK can give its agreement).

If ratified, this would indeed make the EU a party to the ECHR and would give the EU its own judge at the European Court of Human Rrights (ECtHR).

In effect, it would make the ECtHR the supreme court of the EU for human rights law, with individuals able to challenge EU laws – and the interpretation of them – at the ECtHR. It would also mean the UK could not withdraw from the jurisdiction of the ECtHR, within the scope of EU law, while remaining a member of the EU. We can agree or disagree that this is a good thing, but if we wish to, say, make a fair assessment of UK media coverage of European human rights laws, we need to understand the increasingly interconnected relationship between the ECHR and the EU (which we have covered here and here for example).

The blogger in question seems to be a keen proponent of media correcting itself when getting things wrong, or when not telling the full story. Curiously, he just gave himself a chance to set a positive example.