Summit side note: Beginning of the end for CDS? 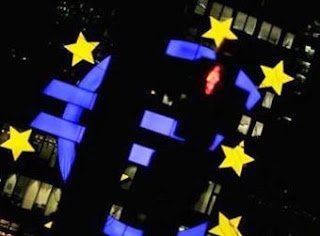 An interesting side note to the second Greek bailout deal is that it may in fact have killed off the credit default swaps (CDS) market, or at least kick-started its demise. The reason for this is simple: the deal undermines confidence in the belief that CDS can work as a form of insurance against default. (A quick recap: a CDS on sovereign debt is essentially a form of insurance, which the purchaser pays into every so often and which pays out if the country defaults on its debt. As such it is used as a hedge against exposure to sovereign debt as well as against lending in unstable/risky economies.)

Fitch and Moody’s have already declared that they consider the private sector involvement in the second Greek bailout to be a default. This is because bondholders will be taking part in a bond swap or rollover which will result in them receiving less money than promised under their original bond. Simple enough and probably the correct decision.

So why aren’t CDS paying out? A credit event or default which would trigger CDS is determined by the International Swaps and Derivatives Association (ISDA) which has announced that it does not judge Greece to be in default. This is because the bond swaps or rollovers are completely voluntary. If CDS were triggered you could get a situation where people who didn’t take part in the swap or rollover are still getting paid out on their CDS and so are reaping their full rewards of both the Greek bond they’re holding and the insurance on it – a perverse situation, no? So, clearly, this looks to be the correct decision as well.

So, since you have a situation where the increasingly expensive insurance on Greek sovereign debt essentially becomes useless, the whole market for CDS has become undermined, possibly irreversibly so. We’ll gloss over whether this was intentional or not for now (undoubtedly there are plenty of EU officials who would like to punish the CDS market for what they see as detrimental speculation in the financial and eurozone crisis, as we’ve pointed out with our commentaries on the new short selling regulation). But it goes to show that the complexities of the eurozone bailouts can lead to significant and potentially harmful side-effects.

Let’s not kid ourselves, CDSs can be used as a speculative tool but also play an important role in market liquidity nowadays. Reducing the use of CDS makes it harder to hedge against risk; this could make investors less keen to purchase the sovereign debt of struggling eurozone countries (such as Spain and Italy) and could therefore filter through to higher borrowing costs for many eurozone economies (due to higher risk premium). It could also make it harder for the private sector in these economies to get loans and funding as well, since CDS is often used to insure against the risk from these types of loans. So, in sum, we could see higher borrowing costs and lower economic growth as an impact of a smaller CDS market, clearly not a desirable effect given the current crisis.

Although, we’re sure there will be a few EU officials with a wry smile on their face at the potential demise of the CDS market, intentional or not, it could yet come back to haunt them.