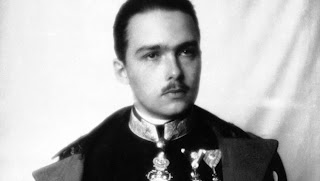 Otto von Habsburg, the oldest son of Austria’s last Emperor and the last Crown Prince of Austria-Hungary was praised by European Commission President José Manuel Barroso as “a great European” which “has given important stimulation to European integration”.

That is certainly true, but deserves some clarification of which kind of European integration von Habsburg was pushing for.

He was a great proponent of decentralisation, and at the same time did not see this as contrary to the European idea – something which is not always the case with EU officials or certain politicians. In a speech back in 1999, von Habsburg, who was also a Member of European Parliament, recalled how during the European elections in 1994, buses were sent by the European Commission to all over Europe to explain to voters the issues at stake. In Munich, he looked for an hour for such a bus, only to find it somewhere where nobody would pass by.

This small anecdote, according to him, was a good example of the inefficiency of remote bureaucratic institutions. He explained:

“The closer you bring a decision to those it affects, the greater the likelihood that the decision will be good. This centralization is leading also to the new feudalism now being created in the name of efficiency. Bureaucracy is today the cancer of political institutions, and seems to be on the move towards ever greater expansion. If successive governments come with the promise of reducing bureaucratic services, only very few of them are successful. In the end, under the pretext of efficiency, new bureaucracies are being established. (…) The greater our states become, the less efficient and the more expensive they are.”

His words have only become more relevant since 1999. His passing should remind us that the true European idea and also the reason why Europe has been historically successful, is decentralisation, and not centralisation.