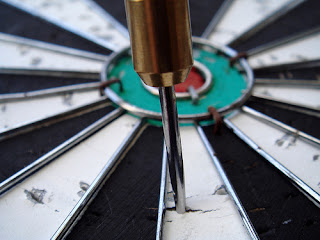 Despite there now being less than 24 hours to go until the emergency eurozone summit on Greece, and probably Italy and Spain, there is still no clear consensus on what structure a second Greek bailout will take. The main sticking point, as has always been the case, is on private sector involvement.

The original ‘French proposal’ for a debt rollover now seems dead and buried. The German plan for a bond swap looks to have been brought back from the brink but still looks unlikely, given the complexities and the fact it will surely result in a default rating but deliver minimal debt reduction. The focus has, therefore, turned to two proposals: a debt buy-back and, more surprisingly, a bank levy.

We’ve covered the prospect of a debt buy-back before (in our Greek paper here), so we’ll try and keep it brief. It’s not the worst idea eurzone leaders have come up with, as it could raise a decent chunk of change given that Greek bonds are trading at substantially reduced prices. There are a couple of problems though. First, the ECB has said it will not sell any of the bonds its holding, which shuts off a large pool of potentially easy to negotiate deals. There are plenty of private bondholders who take a similar line since they’re holding the bonds at par value (level at which they were purchased) meaning that they would have to book the losses if they sold them (the idea here is that they expect the EU/IMF/ECB to find another solution so have no need to accept the offer – moral hazard at its finest). Lastly, the price of bonds would likely spike if a buy-back was agreed, massively reducing the benefit of the scheme (to avoid this, ex-ante agreements on prices of bonds would need to be made with all bondholders willing to sell, this raises a whole new host of issues such as collective action problems, complex negotiations and default in the eyes of the credit rating agencies).

So, on to the new darling of the day, the bank levy. This has come out of nowhere (and that’s where we expect it to go back to) after an options paper was leaked to the FT and Reuters. The details are incredibly thin but the basic idea is that a tax is imposed on banks in order to raise money to contribute to a second Greek bailout. The leaked paper suggests this could raise the necessary €30bn over three years (convenient and unsubstantiated). There are a lot of problems with this proposal.

First off, it’s an incredibly inefficient way of making the private sector pay for a Greek bailout since it’s levied across the board rather than on those with the biggest Greek exposure. It’s incredibly ironic (and ultimately depressing) that the most accurate tool for making the right people contribute (a restructuring of Greek debt) is already right in front of eurozone leaders’ eyes, particularly after the data was released under last week’s stress tests. Secondly, it is realistically impossible to achieve since the German, French and British banking federations have already come out against it, making any short term deal (which is exactly what is needed in the Greek case) very unlikely. And, if it was ever agreed, it would probably be passed onto consumers through higher fees and charges, not to mention the fact that banks may consider relocating outside the eurozone if they face an extra levy.

The levy also raises an interesting issue regarding the UK, since UK banks do have some, albeit small, exposure to Greece. Would eurozone leaders credibly propose that only eurozone-based banks would be subject to the levy. “What about non-eurozone banks that lent to Greece?” the eurozone-based banks would surely ask. But on the other hand, neither the PM nor the Chancellor will be in the room tomorrow and the likelihood of the UK agreeing to take part in the levy is, in any case, probably zero.

The bank levy seems particularly poorly thought through, even by recent standards, and looks to have greater political than economic motivation. Given the state of the crisis, and its recent escalation to include Spain and Italy, eurozone leaders cannot afford to waste time, not to mention the trust and patience of financial markets, on poorly targeted and poorly planned strategies. Ultimately, we still think a debt restructuring gives the best value for money in the long run, taking into account the positives of debt reduction and the negatives of a default (which you get from many of the other plans anyway).