Why the red face? 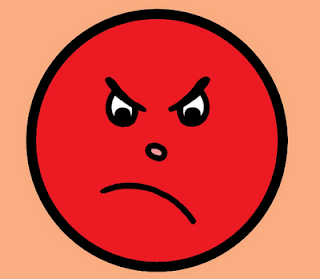 Fresh from having given the Commission credit for a sensible proposal, it’s a bit surprising (well, not really) to see that some Commission Communication-types continue to do their best to completely wreck the image of the EU institutions.

So yet again, here we go! Following last week’s Commission proposal for the EU budget, things are truly starting to hot up when it comes to the Brussels purse strings. The proposed increase has prompted some strong reactions from national capitals and therefore left the Commission rather isolated.

It is perhaps no surprise then to see the hugely defensive statement it has put out today in response to one of the fairly basic findings in our briefing on the EU budget, published last week. We stated that,

The Commission’s opening response is simply, “We regard Open Europe’s report as dishonest, manipulative and riddled with basic errors.” This is pretty strong and colourful language – and we’re used to being on the sharp end of Commission press briefings (and funnily enough, we always seem to end up with the last word).

The spokesperson then goes on to say:

“First, they compare all civil servants at all levels in the UK with just officials and temporary agents in the Commission. No mention of Contract Agents, who are generally the lowest paid category of staff. There are literally thousands of these (around 6,000 in the Commission, 10,000 across all EU institutions). One can only speculate why Open Europe chose to exclude them from their ‘comparison’.”

We’re very clear that we have only included permanent and temporary officials in the numbers we cite. We have compared the actual numbers: the point being that in the entire UK civil service there are only 5,490 people earning over £70,000, while of the permanent and temporary officials in the Commission more than 10,000 people are earning over £71,000.

The question is, is this justified? We would guess that most taxpayers would think not.

If we had compared the percentages of high-earners in the Commission and UK civil service then we could see the Commission’s cause for grievance – but the figures show that, while the UK civil service org chart looks like a pyramid (as most organisations’ do), the Commission is a rolling treadmill where officials seem to simply progress on to the next level, with the extra pay and perks this entails.

The Commission’s other major bone of contention is that “the share of administration costs in the EU’s budget is not rising from 5.7 per cent to 6.1 per cent.”

The Commission keeps desperately trying to claim it is “not out of touch” with the people of Europe but its inability to even accept the basic terms of argument make it impossible to have a rational debate about the serious issues.

No wonder people are turning off and tuning out to the “European Project” in droves.