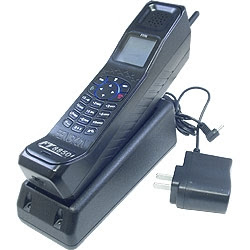 Well, not free, but much more cheaply at least…

The European Commission has announced that it plans to introduce some structural measures to encourage competition and therefore fundamentally reduce the cost of data roaming (if that sounds like something which will take time, they’ve also extended the price caps until 2016 to allow for this).

So what are the key proposals?

– On the supply side – network operators would have to offer other mobile providers access to their networks at wholesale prices, meaning they do not have to charge customers exorbitant prices, while also increasing the choice of service providers.

Generally, we’re wary of price controls and market intervention from the EU but they seem to be on the right track with this proposal. The Telecommunications industry is one dominated by big firms, usually due to economies of scale (producing large volumes reduces the cost per unit) and network effects (consumers benefit by all using the same provider to avoid extra costs). This is the nature of the beast to some extent and makes regulating at the domestic level a tricky balancing act, between encouraging competition and providing a prosperous environment for firms. However, when it comes to cross border competition these factors allow the firms to completely control market access and impose huge costs on foreign consumers (usually via foreign service providers accessing their network). As such both the demand and supply proposals above are welcome and will hopefully help solve the problem rather than just delaying it with price caps.

There are, however, a few potential problems on the horizon which should be accounted for:

– Large Telecommunication firms are vastly experienced at avoiding these kinds of costs or at the very least finding ways to raise revenue elsewhere. Charges on data roaming is a highly profitable area for these firms, as such they may seek to raise costs elsewhere to make up for the losses they’ll face under these proposals. Importantly, they could be levied across the board (through an increase in basic charges on all calls or data), meaning that all customers would be paying for the few international data roamers. This is a very inefficient process and replaces a targeted levy with a general one. But this is far from certain.

– It is also important that firms can still appropriate the returns to costly investments in infrastructure and networks. This is mostly a domestic issue though, since that is where the majority of the firms’ revenue comes from, but future regulation could interfere with this process.

– An underlying issue here which is yet to be fully addressed is the fact that many of the network providers mislead their customers over the costs which they would face abroad. The whole debate has highlighted the issue and helped stop this, but more may need to be done, especially since these hidden charges could easily crop up at the next stage of telecommunication development.

In its current form the regulation looks well balanced and offers some much needed protection to consumers in this area, but it still needs to be approved by the Council and the EP, so it could yet change.