Germans join the French in rolling over… 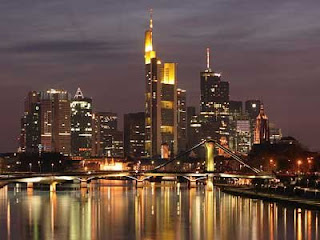 The German Finance Ministry put out a press release this afternoon stating that a broad agreement had been reached with German banks over private sector involvement in a second Greek bailout. Now, it’s been suggested for some time that this whole plan revolves around the involvement of German banks…but for those hoping that the German involvement would bring with it a substantial bailout contribution, the announcement may be a bit of a disappointment.

So, here are the facts as they stand. Privately-owned German banks have agreed to rollover €2bn (yes, that is a two) worth of Greek government bonds, while the mostly government-owned Hypo Real Estate and WestLB will contribute another €1.2bn. Giving a total involvement of €3.2bn in the second Greek bailout (out of €120bn).

A few reasons were given for the seemingly low figure. German Finance Minister Wolfgang Schaeuble suggested this was all the Greek debt that matured by 2014 on German banks’ books. Also, that, although German banks do hold around €18.5bn in Greek debt, most of this is long term expiring in 2020 and beyond, making it pointless to rollover (or not even eligible for consideration). Along with the reiteration than any involvement must be completely voluntary and avoid being judged a default at all costs.

The exact details of the plan were not disclosed but it was made clear that the ‘French Model’ (stay tuned for our analysis of this in an upcoming blog post) would form the substantive basis of the agreement. It is clear though that the Germans do want to make some changes to the French plan, specifically over the length of the debt which the money will be rolled into/ reinvested. The French currently suggest 30 year Greek bonds but the German banks do not seem keen on this at all, so expect a disagreement or two on this at Sunday’s meeting of finance ministers.

All in all it’s a rather underwhelming proposal, especially for those of us that would like to see more than just a token form of private sector involvement. We also find it slightly strange that around 37.5% of the German private sector involvement can come from state-backed institutions. When people pushed for sharing the burden between taxpayers and banks we’re not sure that this is what they had in mind…