King vs the ECB – and Cameron’s salient point 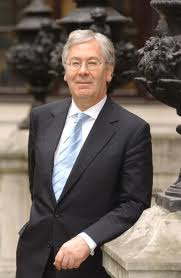 OK, really worrying but not new. However, then he goes on to say:

“Right from the start of this crisis, people wanted to believe it was a crisis of liquidity and we need to accept it’s a crisis based on the build-up of large amounts of debt…The belief that we lend a bit more will never be an answer but it can buy more time to put in place a fundamental solution.”

So, essentially Mr King is pointing out that weaker eurozone members suffer from a pretty severe solvency problem – not a liquidity on. It’s hard not to interpret this as an outright criticism of the EU leaders’ and the ECB’s current bail-out strategy. Adding even more debt to the mix, won’t change anything (other than possibly buying a bit of time).

This is interesting stuff. Not only because it’s a different take to that of of the UK government – which has been peddling non-controversial statements over the last few weeks. But also because it puts him squarely on a collision course with the ECB.

And the thing is: King is absolutely right.

Moreover, when you combine the two quotes above, it suggests that the UK should be pushing for another approach to the crisis, outside of more bailouts.

The Prime Minister’s response to King’s comments, coinciding with the conclusion of the EU summit, was broadly positive as well. There was some spin surrounding the EU summit of course – the played up dispute over the UK’s involvement in the second Greek bailout, as well as spats over asylum policy. Meanwhile, journalists are having a field day with Herman Van Rompuy’s new, ridiculous egg-like Council headquarters (costing a mere €240 million, €100,000 only for the brochure apparently – seriously, does he not have anyone who can help him on the communication front? Or is this man running his communication efforts as well, which would perhaps explain it?).

But David Cameron did make some important comments over bank capitalisation, which actually have huge relevance for the eurozone crisis – and the efforts to find a way out of this mess:

“As I have said, and secured in these Council conclusions, we need to make sure all our banks are being strengthened in terms of their capital reserves and what they can withstand…I am confident that that is taking place in the UK. We need to make sure it takes place right across Europe and I think that’s absolutely vital and what Mervyn King is saying is right.”

So, despite not saying that he agreed with King’s assessment of the eurozone crisis, Cameron made it clear he’s not going to allow the watering down of the new Basel III regulations anytime soon. That should at least put banks towards the path of being able to absorb any losses when the current bailout approach comes crashing down.

As one of the eurozone’s biggest weaknesses is its under-capitalised banks, the importance of Cameron’s call can hardly be over-stated.