Hague and Lidington raising the stakes? 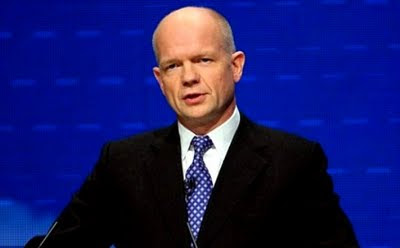 The last few days have seen some tough talk from the UK’s Foreign Office on the size and role of Catherine Ashton’s External Action Service. Following a meeting of EU foreign ministers yesterday, Europe Minister David Lidington used uncharacteristically undiplomatic – albeit justified – language, describing Ashton’s demands for a 5.8% increase to the EEAS’ budget next year as “somewhat ludicrous”, adding “They’ve got to get real as far as the budget is concerned.” (indeed)

He also made a point of underlining how the FCO is now keeping a watchful eye on the EU’s 136 embassies around the world, saying that “William [Hague] has sent out instructions to all our posts around the world to be vigilant about any risk of competence creep,” referring to the ever-present risk of the EEAS taking on an increasing number of responsibilities that should belong to member states.

And, in case anyone in Ashton’s bureaucratic machine hadn’t quite got the message, the man himself (Hague, that is) used an interview on the Today Programme this morning to fire a couple of warning shots of his own. On the proposed budget increase for the EEAS, he said,

“I don’t think it is necessary to have such an increase at a time where diplomatic services across the world, certainly across Europe, are tightening their belts, becoming more efficient. We are expanding our diplomatic network in the world but we are doing that by saving GBP100 million of administrative costs.”

On the risk of the EEAS’ incrementally increasing its power, he noted,

“We will always guard against mission creep. We are very clear about what’s a UK responsibility and what is an External Action Service responsibility. I am certainly giving a pre-emptive warning. Where we have seen one or two instances of it, we have dealt with that but we will always be vigilant about that.”

Then he went on to make, possibly, the most important point of all – which we highlighted in our recent paper looking at the need to overhaul the EU’s North Africa and Middle East policy (which to be fair, is a view that the Commission/the EEAS is coming around to as well):

“Where more money is needed…is the much bigger project, and it’s one much in line with what the United States is seeking, of a bold and ambitious approach to change in the Middle East and North Africa – Europe providing a magnet for positive change; the resources that will help small and medium sized enterprises to grow in these countries and bring economic stability. And that is the big issue rather than the administrative budget of the External Action Service.”

This is a pretty robust – but more importantly a sensible – line from the Foreign Office. More please.