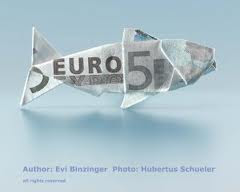 Greece’s representative in the European Commission – EU Fisheries Commission Maria Damanaki – made some interesting comments about the Greek crisis earlier today, essentially becoming the first Greek or EU official to openly admit that even Greece’s membership of the euro is in doubt (despite the fact she is under pressure to toe both the EU and the Greek government line of complete denial). She said:

“The scenario of Greek withdrawal from the Eurozone is now on the table, as is its implementation. I am compelled to speak openly. We have a historical responsibility to see the dilemma clearly: either we agree with our lenders on a program of harsh sacrifices that will yield results, thus taking responsibility for our past, or we go back to the drachma. Everything else is secondary in these current conditions.”

Representatives from Greece and the EU moved quickly to dispel the rumours, as always, suggesting that only the Greek Prime Minister, George Papandreou, can speak on behalf of Greece.

On a completely separate issue…

Cross party talks in Greece failed to yield a consensus on the new austerity measures giving rise to talks of a possible referendum on the issue or even a snap election. Clearly, it’s not just Damanki who questions whether Papandreou is the only one that should be allowed to speak on the country’s behalf…

We can’t help it: the Greek government has looked all at sea these past couple of weeks.