Bad weather on the Spanish horizon? 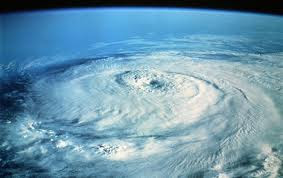 The crushing defeat for the Spanish government in last weekend’s regional elections, along with the seemingly infinitely escalating situation in Greece, has seen concerns over the state of the Spanish economy rear their head once more.

Though we’re generally far more positive about Spain than some of the other struggling eurozone economies (some of them are over the edge already so that’s a no-brainer), in our recent paper looking at the situation in Portugal, we did warn of a potential ‘perfect storm’ (a combination of detrimental economic factors) which could push the Spanish economy towards needing a bailout.

Unfortunately, it does look like that storm could be brewing on the horizon, should the numerous factors which are hovering over the Spanish economy overlap or coincide.

Firstly, as was reported last week, these elections could reveal a raft of hidden debt (the FT suggested around €26.4bn) as the new regional heads of government attempt to establish exactly how big a problem they face – and blame any ensuing issues on the previous incumbents. Although not immediately dangerous given the size of the Spanish economy, this extra debt could cause Spain to miss it’s debt and deficit targets for the year – something they would surely be punished for by financial markets.

There’s also the rising political unrest due to high unemployment and austerity, particularly among young people. If this gathers pace, support for the government’s reform programme could be put at risk despite having made large strides so far. Again it is likely that a let up in the economic adjustment currently underway would see the cost of borrowing increase – given that it’s already close to 6% its not a stretch to imagine that it might break the 7% threshold (beyond which debt is seen as unsustainable) under the ‘perfect storm’ scenario.

Then there is the ongoing spectre of ECB interest rate increases, which will hurt because of the massive levels of household debt and the high proportion of variable rate mortgages (making home owners with mortgages highly vulnerable to increases in interest rates), as well as the weak banking sector, which continues to look undercapitalised and remains heavily exposed to the bust real estate sector. Add to that the potential contagion from other parts of the eurozone which continue to struggle. Then combine all these factors and there is a potential economic storm brewing for Spain.

The biggest threats to long term prosperity in Spain continue to be the banking sector and potential ECB rate rises, which is why the government needs to step their banking reform programme up a notch (including building up capital reserves and deleveraging the entire sector), while developing a policy to counter interest rate rises by the ECB. Pushing the EU to come up with solutions that actually deal with the eurozone crisis rather than prolonging it (debt restructuring, combined with cash injections for banks for example), wouldn’t hurt either.

Despite all this, the outlook for the Spanish economy is reasonably bright at the moment, especially bearing in mind how well it has withstood the Portugal crisis so far.

But there are far too many ‘known unknowns’ in Spain and across the eurozone to feel comfortable, suggesting that a storm could be ahead.