The Self Preservation Society 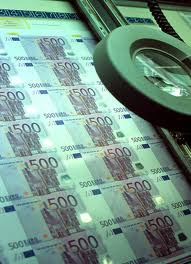 There’s been a lot of handbags between the ECB and EU leaders this week, after some leading EU politicians admitted that there could be some form of debt restructuring of Greek debt. Both Olli Rehn, EU Economics Commissioner, and Jean-Claude Juncker , Prime Minister of Luxembourg, suggested that there could be an extension of loans given to Greece (although its not clear whether this would just involve the official loans or private sector loans as well).

Needless to say, this did not sit well with the ECB, particularly ECB board member Jurgen Stark. After suggesting that any form of restructuring would be a catastrophe, Stark also accused “vested interests in the US and the UK” of undermining the economic adjustment programme in Greece. He also issued what seemed somewhat like a veiled threat, saying that the ECB may not accept Greek bonds as collateral for ECB lending to banks after a restructuring – a move which would probably push Greek banks into bankruptcy.

At first glance it is surprising just how removed the ECB is from the views of the rest of Europe (as we’ve argued for some time, restructuring is probably inevitable – an increaing number of people are coming around to this view). But ultimately, the ECB’s posturing simply comes down to self interest. The ECB is holding masses of Greek bonds (we’d reckon around €60bn in nominal value) in addition to €140bn in state related collateral it has accepted from Greek banks. This €200bn exposure to Greece then presents the potential for large losses for the ECB under a Greek restructuring.

You may ask: why does the ECB care? It’s backed by eurozone governments, and therefore taxpayers, so they will ultimately foot the bill.

True – and another unfortunate potential hidden cost for eurozone taxpayers – but going cap in hand to eurozone governments to ask to be recapitalised after these losses would be incredibly humiliating for the ECB. It would also give eurozone leaders huge leverage over the ECB on future economic decisions and policy. The only other choice for the ECB is even worse though – printing money to cover its losses. This would mean abandoning its raison d’être (price stability) instead going down a path that could lead to pretty scary levels of inflation.

Arguing anything other than staying the course would therefore probably have dire consequences for the ECB, highlighting the impossible situation it’s managed to get itself into.