Some common sense from the Commission

As we reported in our press summary yesterday, the European Commission has announced plans to revise its Byzantine state aid rules, potentially making life a bit easier for local and regional authorities. Currently, local bodies have to comply with the EU’s jungle of rules, designed to ensure fair competition on the Single Market, even when subsidising or contracting out small projects such as swimming pools, playgrounds or crèches – which is just silly (and which adds unnecessary costs for taxpayers). 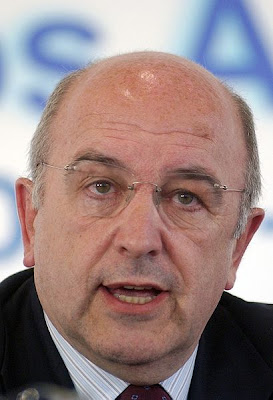 But, under the new rules, the Commission would lower the threshold on public procurement rules which – or so we hope – would let local authorities off the hook for public tenders for small-scale public services. As the competent EU Commissioner for Competition, Joaquin Almunia, put it.

“Our state aid rules currently apply also to local services organised by very small municipalities. It seems quite obvious to me that among these services, there are some that will have little impact on trade between member states and little potential to distort competition. I think that we need to adjust our scrutiny here and focus it on the cases that have a clear impact on the single market.”

That makes sense. An official quoted over on Euractiv was even blunter:

“Most people [in DG Competition], they are not happy having to deal with a state aid complaint against a Dresden swimming pool. To be honest, it’s more a pain in the ass than anything else, because they know very well that these matters should not be dealt with in Brussels.”

The Commission says it wants to revise the regime in November (which it can do without asking member states or MEPs, since the EU has exclusive powers over this area). This is exactly the type of common sense that we want to see from Brussels.

But we need more of it – much, much more.

Incidentally, Open Europe will soon publish a list of examples of EU laws and measures that we feel should be revised on similar grounds. So watch this space.)