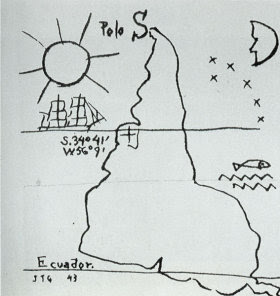 While the EU wastes time and effort with internal squabbles, is anyone paying attention to its external trade agenda?

Well, to be fair, the Commission has done some decent things in this area lately – the South Korea Free Trade Agreement for one. But a recent report from the United Nations Economic Commission for Latin America and the Caribbean (CEPAL in Spanish) should be cause for concern. It reveals that, if predicted growth targets continue, China is tipped to overtake the EU as Latin America and the Caribbean’s second biggest trading partner in 2014.

According to CEPAL, in 1990, Latin America’s exports to the EU reached 25%, while imports from the EU were 20%. In 2009, this exchange had reduced dramatically to 14% for both exports and imports.

In recognition of this downward trend, last year the EU, under the rotating Spanish Presidency, relaunched negotiations for an EU-Mercosur Association Agreement. An EU-Mercosur deal would pave the way for a new phase in regional trade relations, with the creation of one of the world’s largest free trade zone, boasting a population of 750 million.

Latin America is a key growth market. Mercosur countries’ economies have shown resilience in the face of the international economic crisis, after initial difficulties, the economies are now bouncing back and are expected to grow between 7.5% – 9.5% this year. As their economies grow, so does their negotiating position in international fora. In contrast, the eurozone’s entrenched economic difficulties weaken the EU’s hand. As member states’ austerity measures reduce demand within the bloc, the EU desperately needs to bolster its trade relationship with other export markets.

Negotiations are expected to conclude on 8 July, however, whether or not a deal can be struck remains to be seen. Not unexpectedly, negotiations are tough as both sides must agree to major reciprocal concessions on trade – with focus on industrial products, agriculture and intellectual property rights. A report by the Commission’s Joint Research Centre, conveniently leaked to Reuters this week, claims that European farmers could lose more than €3bn in annual revenue by 2020 and up to 33,000 farm jobs if the current draft EU-Mercosur trade deal is approved. The Reuters article does note at the end, however, that the current deal would bring general net benefits of €4.5bn to both regions.

As the EU’s role in the world becomes ever more faded, it’s more necessary than ever that EU leaders lift their heads out of the sand and focus more energy on trading with the world. The EU cannot afford to snooze and lose Latin America’s trade.