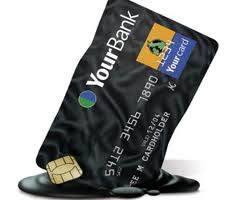 The problems facing German banks (and banks as a whole) have been slightly under reported in recent months. This week, though, has seen a spate of reports which pick up on just that issue.

The IMF Global Financial Stability Report pinpointed the Irish and German banks as the ones with the most “acute” need to rollover debt. Both banking sectors have about half of their outstanding debt due in the next couple of years. So expect a refinancing rush in the not too distant future (although the more immediate concern for most German banks is whether they can raise enough capital to make sure they pass the next round of stress tests).

Interestingly (and commendably), the IMF takes a much higher threshold for capital requirements than the EBA (8% compared to 5%). According to the report, a third of all European banks don’t meet the IMF core capital requirements. This highlights just how lax the EBA is being in its assessments, and how precarious the position of many banks is.

According to PWC, German banks are holding €225bn in “non performing loans” – these are loans which are unlikely to be repaid (to compare: UK banks hold €175bn. Irish and Spanish banks hold €110bn and €100bn respectively). The sheer volume of risky loans held by German banks is surprising, especially considering that they hold more than the UK banking sector which is far larger. These figures are only going to increase as well, thanks to poor economic growth and the looming ECB rate rises. Once these losses start being realised they could pose a serious problem for the smaller German banks, who already have capitalisation issues.

(Yesterday it emerged that the German state of Lower Saxony will pump a further €600m of capital into regional bank NordLB, in which it holds the biggest share, aiming to help it pass EU stress tests. We’re sure the Lower Saxony taxpayers are thrilled with that!)

On the surface this may seem like it detracts from the problems of the periphery and could even reduce the ‘piousness’ which many have accused Germany of. However, this is probably far from the truth. Unfortunately, these banking problems are systemic and not enough is being done to tackle them (or even root out their full extent).

So what needs to be done?

Well, (not that we like harping on about it) effective and transparent stress tests would be a good place to start. Combining some peripheral debt restructuring with a widespread recapitalisation programme for European banks should be the ultimate goal. This might be a painful process but it would finally deal with the issues that have been hanging around since the start of the financial crisis. There also needs to be a plan for winding down insolvent and inefficient banks (to be fair there is a 2001 directive which outlines one, but it needs updating and some political will to enforce it).

European leaders continue to turn a blind eye to the dire state of European banks and in this instance Germany is as, if not more, guilty. The level of non-performing loans, huge exposure to peripheral economies and large amounts of debt maturing highlight the trifecta of problems which European banks face; shouldn’t EU leaders at least try and deal with one of them?