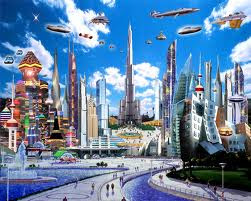 European Commission plans to ban petrol-fuelled cars from city centres by 2050 have led to general outrage all over Europe.

“We will not be banning cars from city centres any more than we will be having rectangular bananas. It is right that the EU sets high-level targets for carbon reduction, however it is not right for them to get involved in how this is delivered in individual cities.”

Dutch mobility federation Bovag made the point that “2050 is too far away. Nobody can look so far ahead. But if you look now at where electronic cars stand there isn’t really a rush.”

The last point is really the main issue for us: why is the EU trying to create policies for 40 years time? It is impossible to predict what the exact needs of people will be in 2050, especially in urban transport, a sector which has been developing quickly over the past few decades. Any elected official worth his salt would not bother with a policy such as this, the EU would fair far better by trying to tackle the mountain of problems it faces now – the sovereign debt crisis, the banking crisis and a growing bribery scandal.

People 40 years ago predicted we’d all be in flying cars by now, maybe the EU should start planning for that…