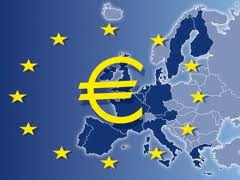 Standard & Poor’s yesterday downgraded both Greek and Portuguese debt by one notch and kept them on negative outlooks. That hints at further downgrades in the near future, although given the extent of the problems in both countries that could be as soon as next week.

More interesting to us, is the reasoning behind the downgrade. S&P directly puts its decision down to the agreement which was reached on the permanent bailout fund (ESM) at last week’s EU summit. In particular, the fact that, as expected, ESM debt will be senior to all private debt and taking loans from the ESM may be conditional on restructuring debt. S&P suggests this could be “detrimental to commercial creditors”.

Investors feared ESM uncertainty, but if there’s one thing markets hate more than uncertainty, it’s having their fears crystallised by government policy. The ESM undoubtedly makes peripheral government bonds more risky to hold and was always going to be met with a downgrade and higher borrowing costs. The real questions remain: Why did EU leaders decide to announce this two years in advance, thereby massively prolonging and increasing the pain of peripheral economies? And at the same time why did they put off dealing with the temporary bail-out fund, the EFSF?

There’s still no agreement on how to top up the EFSF, which in turn makes investors doubt the EU’s capability to deal with future bail-outs. Sorting out the EFSF might have helped limit the fallout from the ESM decisions; in any case it makes no sense to delay the more pressing of the two issues. Flagging up the fact that debt restructuring may be possible down the line somehow manages to simultaneously ignore the fact that it should be done sooner while also increasing the need for it.

Eurozone countries continue to complain about rating agencies’ actions – which are admittedly far from perfect – but maybe they should stop throwing fuel on the fire.

While the principle behind it is very much welcome – putting the burden on taxpayers rather than investors – due to poor sequencing and timing, the ESM has managed to fail before it even came close to starting. That’s impressive even for an EU policy.