Splitting the difference between the BBC and the tabloids 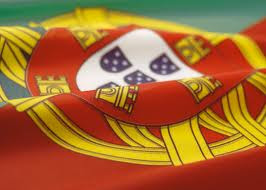 There have been lots of numbers floating around on what a bailout of Portugal would mean for the UK. The tabloids today reported a figure of €6.8 billion, while on the BBC Today programme, Robert Peston argued that Britain would only contribute through the IMF, and possibly nothing at all.

Please bear with us as we’re trying to break down what’s going on here.

First, any bailout would NOT be a direct cost imposed on the UK, apart from the cash contributions the country is making to the IMF. The UK would be liable for a possible bail-out under the the so-called European Financial Stabilisation Mechanism, which the Labour government signed up to in the dying hours of its administration. The mechanism involves the European Commission borrowing money on the markets and then lending it to struggling eurozone countries, using the EU budget as collateral. So far, only Ireland has tapped this fund (Greece only recieved money from the IMF and the bail-out fund that only eurozone members contribute to, the EFSF). Since the UK contributes to the EU budget, it guarantees a certain portion of the loans given to any bailout recipient under the EFSM (the UK’s share is around 13.6%). However, this is still significant for UK taxpayers, as it effectively requires them to underwrite the debt of peripheral eurozone economies. It’s a bit like if you were to underwrite the mortgage of your neighbours house.

Secondly, in terms of the size of these liabilities, we expect a bailout of Portugal to be in the region of 60-€70bn – though we’ve seen figures of up to €100bn floating around(clearly its a moving target which makes it difficult to predict). If Portugal needs a €70bn bail-out and the rescue operation is structured in the same way as the loans to Ireland were – one third each from the EFSM, EFSF and IMF – the UK’s liabilities would be €3.2bn (13.6% of the total) under the EFSM and €1.05bn under the IMF. This gives a total UK liability of €4.25bn (if the bail-out is restricted to €60bn, then the UK’s liabilities will be in the region of €3.7bn).

Are you with us? Pardon all the acronyms – but this is EU policy, remember.

Thirdly, this is assuming that the EFSM – which, again, the UK is partially underwriting – is in fact activated and used. If EU leaders decide to only look to the IMF and the EFSF, we’re looking at a different scenario.

So, the question is, will the EFSM be used in a Portuguese bail-out? The BBC’s Robert Peston gave no explanation on the Today programme for his assertion that the UK wouldn’t be implicated in a rescue operation on the Iberian peninsula. However, on his blog, he seems to suggest that the EFSM will only be used once the eurozone-only fund, the EFSF, has been exhausted (which it won’t be in the case of Portugal).

This is a possible scenario (as we explain in our Portugal briefing) – which will clearly limit the UK’s liabilities – but it involves some pretty heroic assumptions. EU leaders are currently bogged down in hugely complicated talks over how to boost the fire power of the EFSF (the fund is currently worth €440bn on paper, but a lot less in reality) in order to convince markets that the eurozone has what it takes to save the euro. A deal is currently being blocked by Finland, due to domestic opposition to underwrite the debt liabilities of other countries, with Finnish national elections looming.

Only involving the EFSF and IMF in a bail-out would leave the EFSF almost completely tapped out. And if markets suspect that the EFSF is runing dry, the euro might be in for an even bumpier ride. Therefore, there will be many EU leaders out there who will want to use a large chunk from the EU-wide EFSM (which still have €37.5bn in it).

In addition, the EFSM is much faster to get off the ground as, unlike the EFSF, it’s decided by majority voting. The case of Finland (and also Slovakia which refused to take part in the Greek bail-out), shows why this matters. Ergo, there is a very strong case for suspecting that the EFSM will be used, and therefore, that the UK will become indirectly liable.

That Peston seems to be omitting this discussion – which touches on so many important aspects of the ongoing eurozone crisis – is surprising.

Fourthly, the UK tabloids today featured pieces on what would happen if the EFSM was tapped completely (i.e. if it used all the remaining funds). Well, there is currently €37.5bn left, of which the UK is liable for €5.17bn. However, it’s very unlikely that this entire amount will used in a Portugal bailout, since the cost will be shared with first, the IMF and most likely also the EFSF. Our estimates that we set out above are far more likely.

So still lots of uncertainty. Time will tell.