Socrates needs to get philosophical 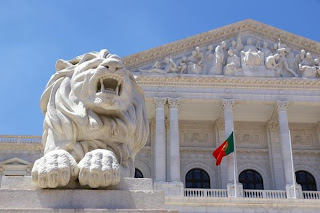 Looks like Portugal could be asking for a bailout by the end of the week.

“We need external aid. The Prime Minister does not want to admit that, but the whole country has already understood it.”

He also said he will continue to oppose the new austerity measures, which are due to be voted on by the Parliament tomorrow or Wednesday.

“Should the Parliament vote against, then the government would no longer have the means to act.”

With massive public protests against austerity in Portugal over the weekend, there seems less and less political incentive for the opposition to cave in and support the new measures. The only thing that everyone seems to agree on is that if the new austerity measures are voted down, Portugal will be forced to ask for a bailout.

However, given Socrates stance the government may fall if he fails to garner the support he needs.

That does not bode well given the EU summit at the end of the week. Socrates needs to get his thinking cap on…as going into summit negotiations without a government cannot be a good strategy.